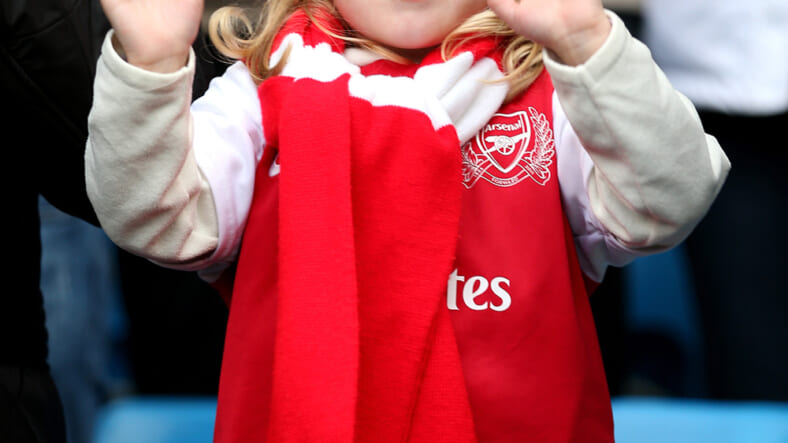 About two years ago, an Australian man with a prankster’s spirit and a deep love of the Premier League soccer club Arsenal tricked his wife into naming their daughter after the team. His strategy involved presenting the woman carrying his child with the name Lanesra and convincing her that it was a lovely, original name, without revealing that it was also Arsenal spelled backwards.

She totally bought it.

The Gooner’s gambit was recently exposed in a surprisingly chill letter his wife wrote to an Aussie newspaper about the whole affairs.

Guy names his daughter Lanesra, wife only finds out it is Arsenal backwards when the kid turns 2 😂😂. Legend 👍👏! pic.twitter.com/jvEVeuJ9jv

The most disconcerting part of this story isn’t the revelation that there’s a man so obsessed with a billion dollar company that he wanted to name his child after it. But that he’s not the only one.