Thor is getting even more jacked to play Hulk. 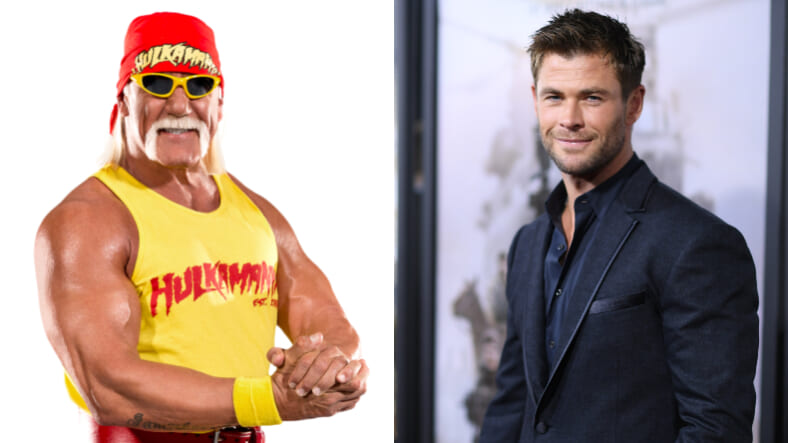 Is Chris Hemsworth a method actor or does he just like periodically getting jacked and playing characters who do a lot of gruff yelling? We don’t know the answer but we know he’s committed to the job because he just posted a photo of himself doing a tire-flip on Instagram and if anything, he’s bulked up more to play Hulk Hogan in an upcoming biopic than he did for Thor.

That’s not a half-bad Dad Joke, so we also know the action star is prepared for fatherhood.

The transformation alarmed some colleagues, including Chris Pratt, who has co-starred with Hemsworth in the Marvel Avengers movies. Pratt commented on the tire-flipping pic, writing, “Hey bud. Just heard from my trainer and he needs you to stop working out because since we’re gonna be in the same movie and everything he doesn’t want me to stand next to you if you look like that so I’m gonna need you to put on 25 lbs real quick cool thanks.”

A lot of guys would really love it if that filter actually existed.

Writer and director Todd Phillips of Joker will helm the untitled Hulk Hogan movie, which will stream on Netflix. Hemsworth said in an interview he did in July that the role will “be insanely physical. I will have to put on more size than I ever have before, even more than I put on for Thor. There is the accent as well as the physicality and the attitude.”

For now, we’re guessing Chris Hemsworth is going to ignore Chris Pratt’s concerns and keep bulking up. The Hogan biopic is set to begin filming by the beginning of 2021 and could be released, depending on limitations enforced by the coronavirus pandemic, later that year or in early 2022.