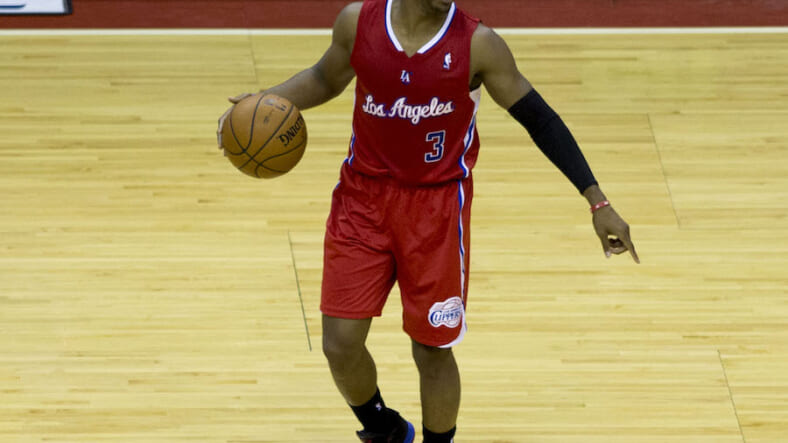 Chris Paul’s hands are capable of incredible things when he’s passing a basketball between them, but take the ball away and those hands get antsy. How’s the old saying go? Idle hands are Chris Paul’s excuse to punch you in the dick?

It happened again on Wednesday. Paul, the NBA’s most notorious nut puncher, punched the Kevin Durant right in his Thunder. And this time he might get in trouble for it. According to NBA reporter Frank Isola, Paul may face a “fine or possibly a one-game suspension.” Here’s why:

Anyone who remembers Paul back when he was running the point at Wake Forest knows the nut punch has always been a part of his game. Here he is taking down Julius Hodge, then a star at NC State, with a sneaky low blow. Take note of the innocence he portrays on the bench after the punch. Even then you could tell he’d have a future in insurance company commercials.

Paul’s proclivity for throwing gonad grenades lay dormant for years after the incident with Hodge. Then, last year, it reemerged in a late season game against the Blazers. While scrambling for a rebound, Paul delivered a open hand slap to Chris Kaman’s bean bag.

Three times, they say, is a trend. So, just as Dirk has his one-legged fade away, Hakeem had the “Dream Shake,” and Kareem had the skyhook, Paul has his own signature shot and it’s delivered right to the nuts.