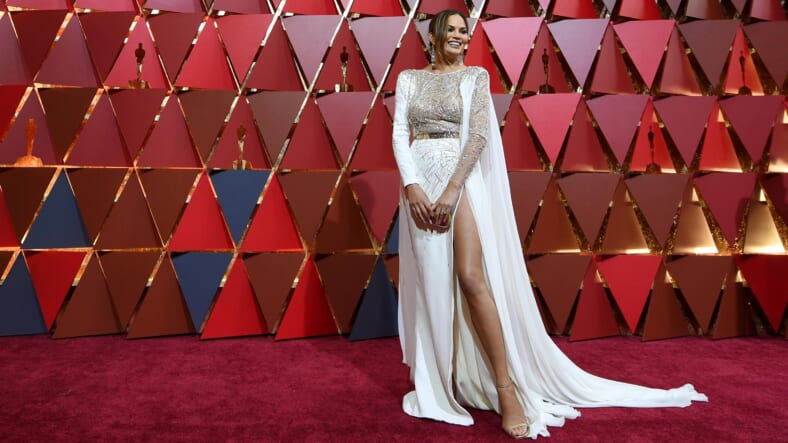 The 89th Academy Awards didn’t go so smoothy for singer John Legend. Not only was his film, La La Land, subjected to the most humiliating debacle in Oscars history but his wife, supermodel Chrissy Teigen, has given him a brutal social-media roasting in the aftermath.

In a video posted to Twitter, Chrissy announces her husband as “Oscar-winner John Legend” and then caveats “but not this year!”

In another, Teigen and Legend drive past a Hollywood tour bus of howling fans. “Hey, it’s John Legend! He won an Oscar, not this year though!” Teigen yells to the bus.

But you can’t win every year. In 2015, Legend took home an Oscar for Best Original Song for “Glory” from the film Selma.

And what does Chrissy care anyway? As Twitter pointed out, she fell asleep at multiple points during the ceremony, notably during Casey Affleck’s Best Actor acceptance speech.

I think my favorite part of the Oscars so far has been Chrissy Teigen sleeping on John. She is my spirit animal. pic.twitter.com/bgabC5fmqM