From ‘The Dark Knight’ to ‘Dunkirk’, watch for these 12 clues from the visionary director. 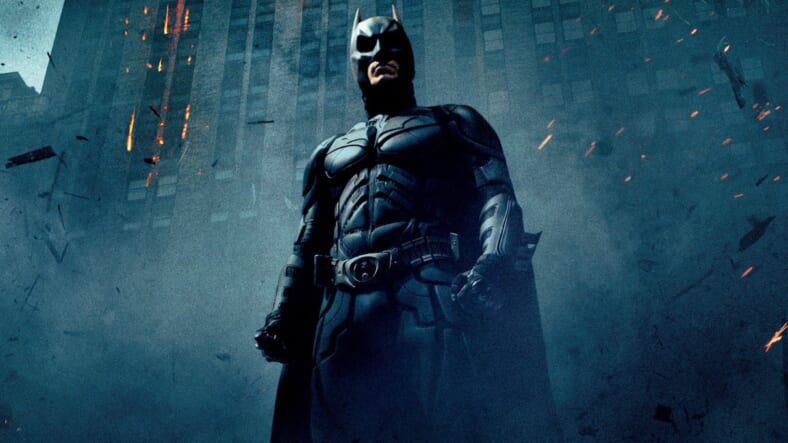 Director Christopher Nolan’s latest movie Dunkirk has already been hailed as his finest work ahead of its release.

The film itself—a heady World War II drama that plays out almost entirely on the battlefield—is a departure from Nolan’s previous films, which include crime noirs, superhero epics and mind-bending thrillers.

There is a lesson to be learned from his impressively wide-ranging filmography: no Christoper Nolan movie follows the same premise. Still, there are a number of elements that every one of his films—whether it be The Dark Knight, Memento, Inception or Insomnia—share.

Below, watch YouTube channel ScreenPrism spell out the 12 elements that signal to viewers they are watching the masterful Christopher Nolan at work.

“Nolan disorients his viewers with puzzles that build suspense and reward multiple viewings.”

“Through everything from the camera as participant to a subjective story structure, we’re often given only as much information as the characters get, entering into their limited perspective of the world.”

“The underlying puzzle or mind teaser we’re piecing together demonstrates Nolan’s clear interest in philosophy and deeper questions about the nature of human existence.”

“The purposeful lack of clarity comes from Nolan’s desire to place us in his character’s shoes, piecing together the truth with them.”

“Many characters have a split identity, divided or multiple selves or some deep psychological problem or identity conflict.”

“Heroic characters with good intentions often turn into antagonists, and sometimes the archetypal villain is given depth and made sympathetic. Nolan often gives us a cruel world and questions how morality is to be maintained or measured in these muddy situations.”

“Light, darkness and contrast convey character growth, decay and exploration. In Batman Begins, light represents truth when Bruce Wayne uses a flashlight as he ventures into the dark Bat Cave to face his fears.”

“We see conventions of film noir, including a lonely protagonist, themes of betrayal and duplicity and a moody, dark, dramatic atmosphere.”

“Nolan favors a realistic style, film over digital and practical effects over CGI.”

“We can read many of his films as self-referential analogies for the creative process.”

“He works time and again with cinematographer Wally Pfister, composer Hans Zimmer, writer Jonathon Nolan (his brother), co-producer Emma Thomas (his wife) and a number of familiar faces in front of the camera.”

“Taking all these things together, we can gather than Nolan’s worldview is always inquiring, looking deeper at the human condition, trusting in our deeper intuition and subconscious and challenging the knowledge we take for granted,” the video’s narrator concludes