Nothing beats the original. 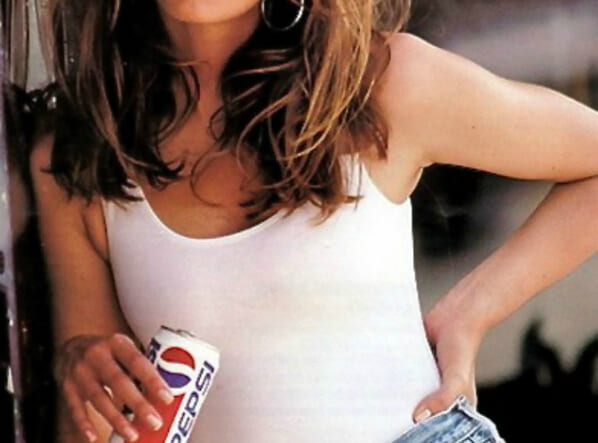 You know, the one where the bodacious supermodel gets out of a red sports car wearing sexy denim shorts, sensually sashays over to the Pepsi machine, pops in a quarter, and throws back that refreshing can of Pepsi while two kids look on and experience a sexual awakening? Yeah, that one.

The boys’ emoji-faces go through a whirlwind of emojions (emoji-emotions, get it?), and go from smiling, to awestruck, to in love, while sexy Pepsi bottle Cindy waddles around the vending machine and does her thing.

“The original spot was so great — people come up to me to this day and say they loved that spot,” Crawford told CNN.

“I think there’s so much nostalgia for the commercial, so we decided to do it with a twist as a Pepsi emoji. It’s fun to connect with a younger audience.”

The 15-second ad is for the PepsiMoji campaign, where the special emojis will be printed on nearly 500 million bottles of Pepsi, Diet Pepsi, and Pepsi MAX this summer.

Even though nothing will replace the original ad, we can safely say that Cindy Crawford looks hot in all scenarios…even as an emoji.