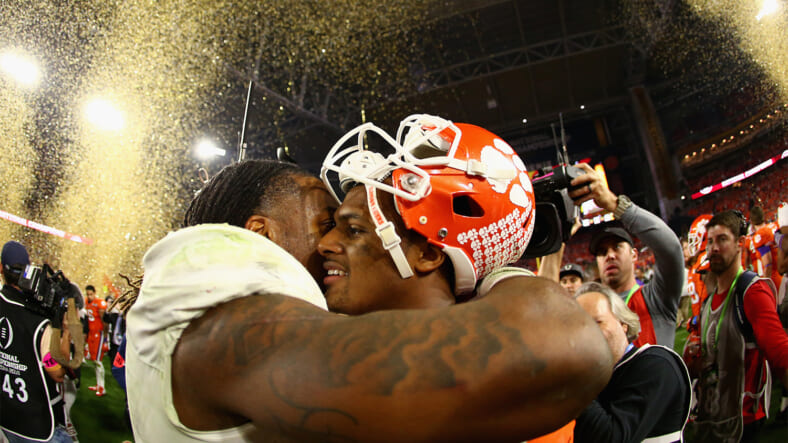 After Monday night’s hugely entertaining college football national championship game ended, the best players on each team made a beeline to the middle of the field so they could share a tender hug and remind us that good sportsmanship still has a place in sports.

That’s Derrick Henry, Heisman-winning Alabama running back, in the white and Deshaun Watson, Clemson quarterback and near-Heisman winner, in the orange. These two guys have so much respect for each other as athletes and competitors that they’re reportedly planning on working out together in the off-season.

Deshaun Watson said he talked to Derrick Henry and they are going to work out together this off season. Just let that sink in Clemson fans.

Two days after a handful of professional football players acted like a bunch of agro meatheads on the field, these two amateurs briefly reminded us that football isn’t the asshole factory that it sometimes seems.