The movie icon just fired another shot at the “Pussy Generation.” 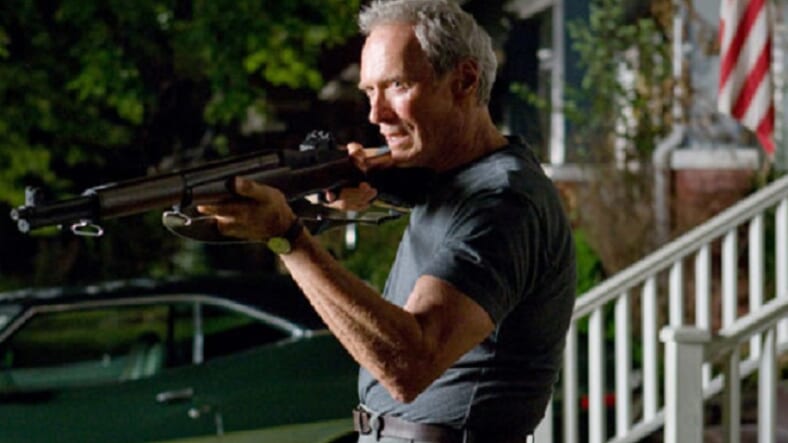 Action legend and Academy Award-winning director Clint Eastwood has never minced words regarding what he considers “a pussy generation.” Now he’s come back with yet another message worth hearing: today’s politically correct culture has robbed the word “hero” of its true meaning.

Eastwood is promoting Sully along with star Tom Hanks for the film’s UK release on December 2. The Mirror reported that he made his remarks in commenting on the heroism of Captain Chesley “Sully” Sullenberger, played by Hanks in the film.

Eastwood reportedly said it was appropriate to call Sullenberger a hero for his lifesaving actions in safely landing his passenger jet on the Hudson River in 2009—but “hero” is overused.

The way people apply the word to someone now is “certainly different to when I grew up,” Eastwood said, “It’s all in this sort of politically correct thing where everyone has to win a prize.”

“All the little boys in the class,” he continued, “have to go home with a first place trophy.”

Using “hero” with Sullenberger is appropriate, according to Eastwood, because the seasoned pilot “went extra and beyond what was expected.”

Tom Hanks, who doesn’t share Eastwood’s long history of openly conservative views, agreed with his director that “hero” is thrown around with too much abandon, the Mirror reported.

“The textbook definition of a hero,” Hanks said, “is someone who voluntarily puts themselves in harm’s way for the betterment of others.”

But now, according to Hanks, “hero” is too often just “a shorthand for accomplishment.”

That’s Hanks, “America’s dad,” who has some left-of-center political views, in total agreement with Eastwood, who is an icon to conservatives.

The bipartisan view is official then: saving 155 lives in a disabled airplane is a hell of a lot more heroic than being a benched member of the champion Little League team.

Let’s put “hero” back where it belongs, with men like Sully Sullenberger.