“It’s not a clown and has nothing to do with pro clowning.” 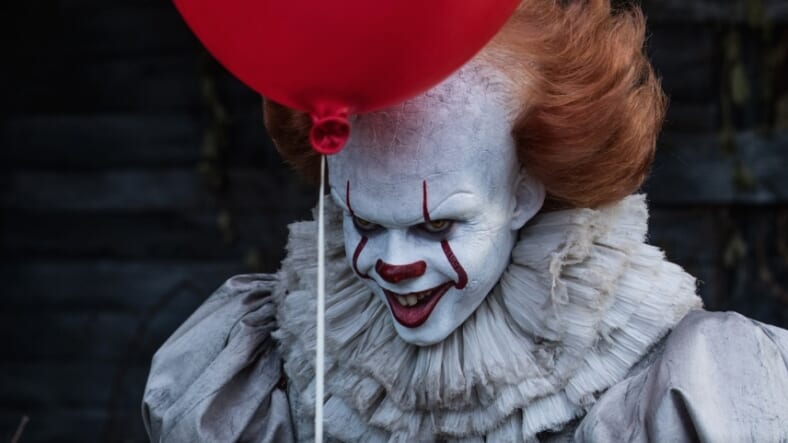 Professional clowns are honking their rubber horns in disapproval of the IT reboot.

For instance, Sparky the Firefighter Clown of Des Moines, Iowa has been disinvited from speaking to elementary school students about fire safety.

“People had school shows and library shows that were canceled,” Moody said.

“That’s very unfortunate. The very public we’re trying to deliver positive and important messages to aren’t getting them.”

Schools could just invite actual firefighters instead of clowns, but whatever…

While the recent rash of crazy clown sightings certainly didn’t help, Moody points her comically-oversized white-gloved finger squarely at IT.

“It all started with the original IT,” she said. “That introduced the concept of this character. It’s a science-fiction character. It’s not a clown and has nothing to do with pro clowning.”

She would have known that Pennywise is not actually a clown but a shape-shifting evil entity if she had read the book, but okay…

IT author Stephen King isn’t losing too much sleep in the wake of the recent clownrising.

The clowns are pissed at me. Sorry, most are great. BUT…kids have always been scared of clowns. Don't kill the messengers for the message.

“The clowns are pissed at me. Sorry, most are great,” he wrote in a tweet. “BUT…kids have always been scared of clowns. Don’t kill the messengers for the message.”

He of all people should know what happens when you upset a clown.