It’s a showdown 34 years in the making. 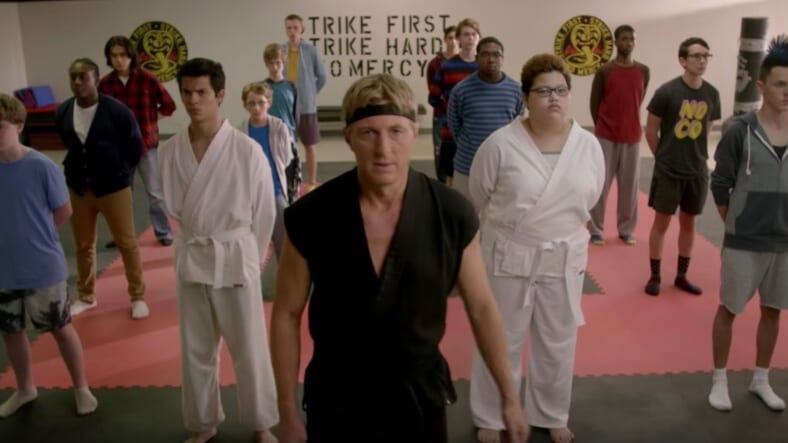 It’s been over three decades since Daniel LaRusso (Ralph Macchio) took down rich-kid bully Johnny Lawrence (William Zabka), in the climactic face-off of The Karate Kid.

As shown in the first-full length trailer for Cobra Kai, a new original series coming to YouTube Red, Lawrence’s life has been waxing off ever since: he’s now a destitute alcoholic while LaRusso is a hot-shot luxury car dealer.

This time, Johnny is the one in need of a come-up. He finds his redemption in taking down some young thugs using his old moves, which inspires him to teach bullied kids how to fight back.

As he takes up karate again, he lures in his old enemy for a rematch. “Johnny, you and me, this, we aren’t done,” LaRusso says in the trailer.

See who wins this match on May 2nd, when Cobra Kai premieres on YouTube Red.

Catch an advanced screening of the first two episodes on April 25th, when Fathom Events and YouTube Red bring it to 600 movie theaters nationwide. It will follow a screening of the original The Karate Kid. Check out the details here.