Cocaine Is Way, Way Worse For Your Brain Than You Ever Thought 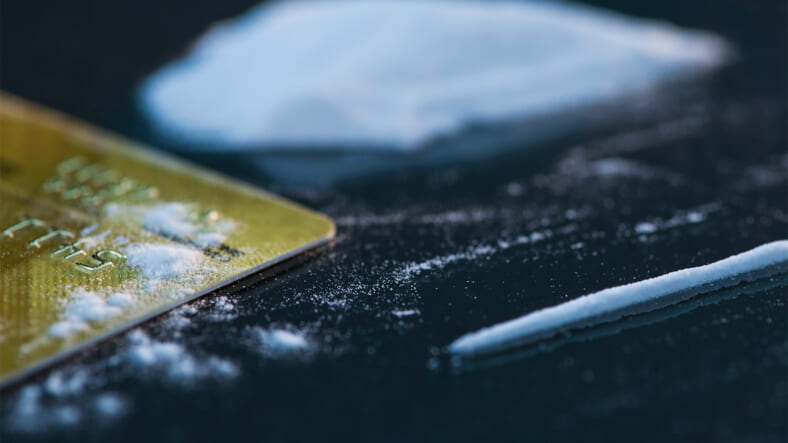 A century ago, everyone loved cocaine. There was cocaine in wine, soda, cough drops, you name it. It was a wonder drug that could fix anything. Is your kid shy? Cocaine. Birthday present? Cocaine. Bad breakup? Cocaine.

Nowadays, cocaine is frowned upon by essentially everyone except Wall Street moguls and hardcore partygoers, mainly because it’s illegal and really, really bad for you. It increases your risk of having a heart attack or stroke 24-fold, causes sexual dysfunction, and destroys the gray matter in your brain, literally making you stupid. No thanks.

A new study published in the Proceedings of the National Academy of Sciences unearthed yet another terrifying side effect of the white powder – it turns your brain cells into little cannibals, which causes rapid cell death, thereby annihilating your brain.

The study, led by Prasun Guha, a postdoctoral fellow at Johns Hopkins, identified the neural pathway in which cannibalistic cell death occurred as autophagy, then tested the effects of cocaine on pregnant mice. The baby mice turned out to have rapid autophagy, a.k.a. cannibal brains, too.

Autophagy is a normal process through which your brain disassembles and recycles unnecessary or dysfunctional cells to make room for new, healthy ones. Cocaine puts your brain into autophagy-overdrive, making your neurons devour themselves rapidly, destroying important parts of cells like the mitochondria, too. If this sounds bad, it’s because it is.

While this is terrible news for cocaine users, it’s good news for scientists, because the autophagy caused by cocaine is the same process that kills brain cells in neurodegenerative diseases, like Parkinson’s and Lou Gehrig’s disease. With any luck, the findings of the study could shed some more light on the neural basis of these diseases.

With all that said, it’s best to stay away from cocaine forever, because you only have one brain, and you kinda sorta need it.