Chris Martin of Coldplay even predicts the Gallagher brothers are reuniting the band. 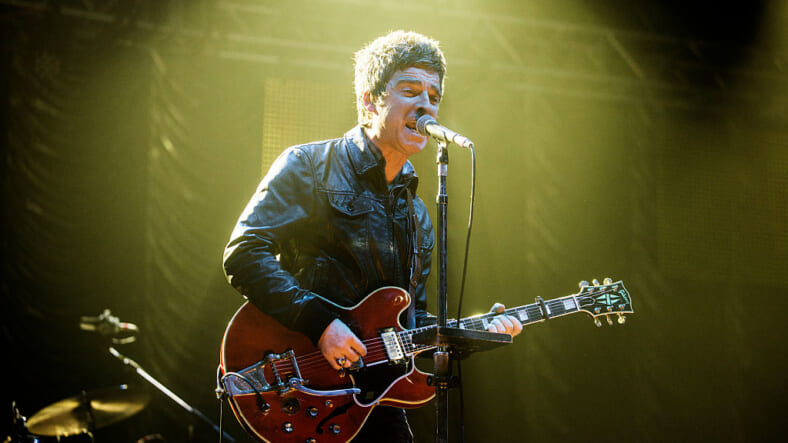 Can Liam and Noel Gallagher, the contentious brothers who fronted Oasis, get over their feuding ways and play together again? Coldplay’s Chris Martin seems to think so.

The New York Daily News reports that Martin is optimistic about the chances of seeing Oasis on stage again:

“Neither of them have discounted the idea of getting back together,” he said of Oasis, who last performed in 2009. “It will happen, I’m sure. The idea of never seeing them again for me is impossible.”

Martin may have reason for his pollyanna outlook. It was he, reported the Daily News, who mediated between the Gallaghers in order to coerce the brothers to do voiceovers for the documentary about their band’s meteoric ’90s rise, Supersonic. Oasis fans would do well to watch the entertaining trailer here:

The doc depicts the band’s lightning fast rise to the top and will be available to the general public on October 31. Watch the trailer for Supersonic below, remember all the conflict that marked the band’s brief reign over the charts, and conclude for yourself whether Martin’s optimism is misplaced or not. We’re not so sure.