“I’ve been entertaining men with my comedy for many years, and I don’t plan on stopping.” 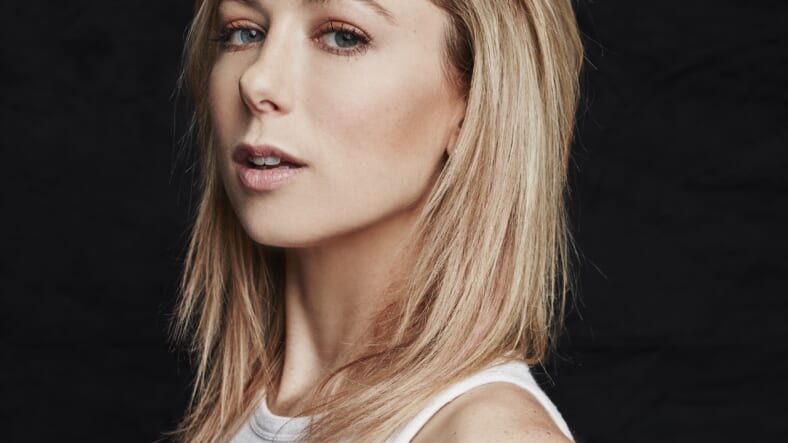 Even though she has a third Netflix special streaming, a book deal, an ABCd digital series, a late night show in the making, and a stand-up tour underway, it still somehow feels like comedian Iliza Shlesinger is just getting started. After winning Last Comic Standing in 2008 (the first and only woman to do so), Iliza has continued to take the comedy world by storm, perfecting a no-holds-barred voice that both entertains and informs.The real beauty in Iliza’s work begins and ends with the fact that she does not give a fuck about what you think (unless you are one of her many fiercely loyal fans, in which case she appreciates your opinion, but will keep on marching to her own beat). While most comedians shy away from topics like women’s rights and rape, either for fear of alienating fans or perpetuating stigmas, Iliza’s fearless form of comedy tackles uncomfortable topics head-on with hilarity. Her unapologetic style is uniquely refreshing, and we couldn’t be more here for it.

We caught up with the comic in NYC to talk internet trolls, feminism and what’s next.

How have the days been since the Netflix special aired been for you?

Really gratifying. This special was kind of an outpouring of emotion, and a lot of effort went into it. It was my third special, so I felt this was a very special thing between me and my fans. It was amazing to give birth to the special, see people’s reactions in quasi-real time, and then to see how they interpreted the art. I guess grateful is the answer, and just overwhelmed.

Awesome. So, going into the special, was there one specific message or major takeaway you wanted to leave the audience with?

I really wanted to set the bar for my own stand-up, and hopefully people walk away seeing that women are capable of saying something strong. I never considered myself a female comedian, but it’s really come down to having to spoon-feed intelligence to people. I wanted women to not feel alone, and I wanted my brand of feminism to be a digestible one that includes men. I want people to come away from this feeling like they understand women’s hearts a little bit better, and I wanted girls to not feel so left out.

Why do you think people are so turned off or intimidated by the word ‘feminism’?

I think this special is kind of based on the understanding that feminism doesn’t have a great face to it. Not that it has to, but men think feminists are like, “Oh, god, here comes a woman about to nag at me and she hates me.” Nobody is going to understand the other side if the other side doesn’t come at them with a little compassion. So, I think women don’t want to be labeled as “naggy” or “psycho” or “bitchy,” which are already labels we get by waking up in the morning. We all want to be attracted to the other side. Just like no guy wants to be labeled a “pervert,” no woman wants to be labeled “annoying.” So, with this special, I was really trying to say, “Hey, there is a way we can stand up for ourselves without bashing anyone over the head for respect,” but more importantly it starts with the way you treat yourself and the way we treat other women.

Accepting yourself and the other women in your life.

Yeah. Would it be the worst thing in the world if we didn’t judge other women all the time, and we just let them be happy? I don’t think so.

Being in the limelight, I can only imagine the types of Internet trolls you experience on a daily basis. How do you handle that criticism?

I’m a little bit different from a lot of women in that I have a really unhealthy ego, and I’m not sure why. I’m not winning any modeling awards, I’m not a Rhodes Scholar, but I genuinely feel that if you’re taking time out of your day and your energy to comment on my art, then I got your attention. Calling me a name or something doesn’t hurt. I’ll only report or block a user if they say something threatening. Like, you can’t say you’re going to kill me, that goes beyond sexual harassment, that’s just premeditated murder.

Have you ever had to block a fan before?

Oh, I mute people all the time. Mute, block. I’ve had a stalker. Things happen. Part of you doesn’t want to give them the time of day, but verbal sparring can sometimes be cathartic. If I see something really horrific, sometimes I’ll repost it to Instagram and have my fans have at them. But you don’t get to throw stones from behind a wall while I just stand there unarmored. It doesn’t work that way. And if you want to go after someone, at least have a valid point.

Hell yeah. So, at this point, what would you say your dream gig is?

We have a late night show with Freeform that was just announced, and I’m going to make sure that this is a late night show that I can be proud of, not just as a woman but as a comedian. I want men and women to watch this and enjoy. It doesn’t always have to be a battle of the sexes. I’ve been entertaining men with my comedy for many, many years, and I don’t plan on stopping.

Everything on my bucket list I’m doing. I have a book coming out in 2017, I’ve got the late night show that hopefully hits the air in the spring, I’ve got a couple of scripts I’m working on, and I’ve got the Confirmed Kills tour, so my goal is to always get to do my comedy on my terms in a bigger and better way, and to just include more people in my fan base.

I would tell my 23-year-old self that you can keep your heart, but you don’t have to wear it on your sleeve. I would tell my 23-year-old self to be friends with more comics. When I was younger I won a reality show and was on the road alone a lot, so I didn’t have anyone to look up to or mentor me. I didn’t know comedy could be a community, so I would have made more of an effort to get to know more people versus putting my head down and working. And I’d say, don’t do any favors. In Hollywood, favors are never returned, and all you can do is be nice to people and hope that they want to work with you. That’s the best you can do.

For sure. What’s one piece of advice to women on the come-up in the comedy community?

My advice to women in the comedy community is as follows: Do what’s in your heart, don’t play to the back of the room, don’t hang out at comedy clubs more than you have to, be kinder to other women, and if a guy tries to make you feel bad, he’s jealous because you’re better than him.