From “Terminator: Dark Fate” to “Top Gun: Maverick”, get fired up for the hottest movie and TV trailers coming your way. 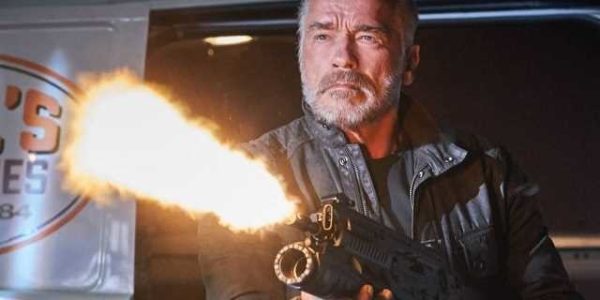 San Diego’s Comic-Con just wrapped up over the weekend and was the place to be for all things movies and TV shows, dropping tons of new trailers for upcoming films and series. Below, check out all of the trailers from Comic-Con you don’t want to miss.

Marvel’s Agents of SHIELD ends with season 7,  which debuts next year.

The final season of Arrow airs October 15th, after eight years on The CW.

The remake of Jim Henson’s classic 1982 fantasy film premiers on Netflix on August 30.

The Expanse premiered on the Syfy channel in 2015, and Amazon picked it up after it was cancelled after three seasons. The series is back on December 13.

Season 6 of The Flash introduces us to villain Bloodwork, who believes metahumans — including Barry Allen — need to be eradicated.

HBO’s new fantasy series His Dark Materials is based on a book series by Philip Pullman, and aims to replace the void that used to be Game of Thrones.

The YouTube Red series Impulse is about a woman with the ability to teleport, and season 2 follows “Henry” Coles as she learns how to control her powers. The series will debut this fall and the season one will be available on YouTube for free.

The Man in the High Castle

The Man in the High Castle is back for its fourth and final season, streaming November 15.

The upcoming series Picard takes place 20 years after Jean Luc Picard left Starfleet, and follows him as he meets a mysterious woman. The series is set to debut in spring 2020.

Short Treks is a a six-episode series, with each episode a standalone story. Two episodes will be animated, one leads into Picard, and another is about Spock’s first day on the Enterprise.

TBS’s series Snowpiercer is based on the 2014 film about the earth freezing over and the only surviving humans living on a train, and follows Jennifer Connelly as she tries to manage a class-based society on the train. The show airs in spring 2020.

Steven Universe: The Movie (which happens to be a musical) takes place five years after the last episode of the show, and Steven and the Crystal Gems are facing a new threat this time.

The “trailer” for Tim Miller’s Terminator: Dark Fate is more of a behind-the-scenes featurette, and the film hits theaters November 1st.

Tom Cruise is back in Top Gun: Maverick, where he’s now a flight instructor. The movie hits theaters June 26, 2020.

Nine seasons of The Walking Dead led up to a trilogy of movies, with the first coming out in theaters. There’s no release date or official title yet, though.

The trailer of Alan Moore and Dave Gibbons’s graphic novel of the same name is set in an alternate U.S. and follows the lives of vigilantes. The show premiers on HBO in October.

Season 3 of HBO’s Westworld now has a WWII theme and shows how the realistic androids are living in the real world. The series returns in 2020.

Netflix finally released a trailer for the upcoming adaptation of The Witcher, starring Henry Cavill.