‘Coming To America’ Vs. ‘Beverly Hills Cop’: Who Ya Got? 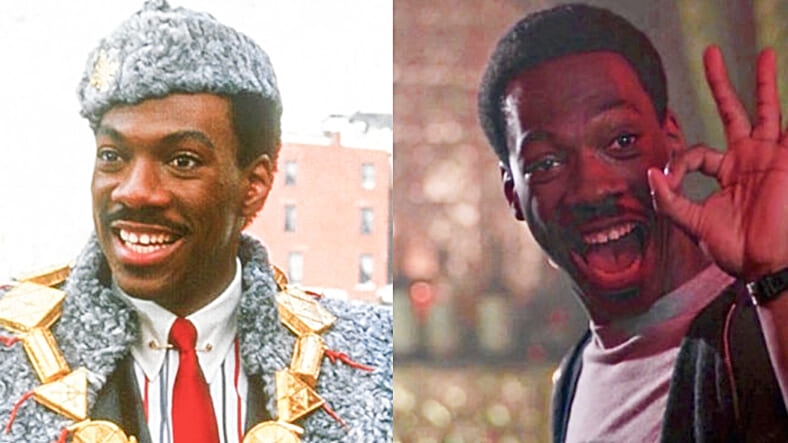 There’s no comedic comeback that’s been quite as welcome as that of Eddie Murphy. After rocketing to fame on Saturday Night Live and ruling stand-up comedy in the 1980s, Murphy starred in a slew of hit movies, including 48 Hours, Trading Places, Beverly Hills Cop and Coming To America, which has finally produced a sequel, Coming 2 America, that’s skipping theaters and streaming on Amazon Prime in December.

What’s more, Murphy also plans to reprise his role as Axel Foley in the upcoming Beverly Hills Cop 4. While promoting Netflix’s Dolomite is My Name in 2019, Murphy said he planned to tackle the project after finishing Coming 2 America.

“Yeah that’s what we’re doing after Coming to America 2,” Murphy said. “We’re doing Beverly Hills Cop and then the plan is to get back on stage and do stand-up.”

For longtime Murphy fans, it’s a toss-up between two very different movie characters: Foley, a wisecracking Detroit detective who can’t seem to stay out of trouble, and Akeem Joffer, the affable crown prince of the fictional African nation of Zamunda, who travels to America to find a woman he can marry.

But now that they are each producing long-awaited sequels, which classic Eddie Murphy comedy is better, Coming To America or Beverly Hills Cop?

Go to versusgame.com on your phone to predict the winner of this challenge and other fun face-offs!