A ‘Conan the Barbarian’ TV Show Is Coming to Amazon, So Prepare to Crush Your Enemies

One ‘Game of Thrones’ director is already on board. 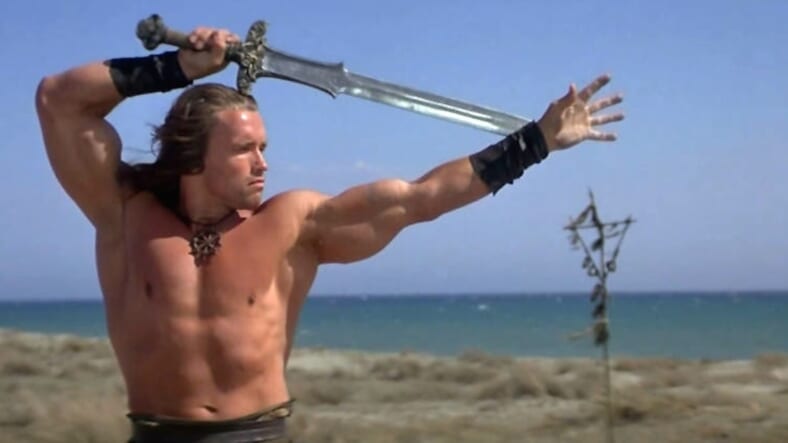 Conan the Barbarian is headed to Amazon.

The character created in the 1930s by author Robert E. Howard and then made famous by Arnold Schwarzenegger in 1982 will be the focus of a new show on the streaming service.

Ryan Condal of Colony will write the scripts, Miguel Sapochnik of Game of Thrones will direct and executive produces for The Handmaid’s Tale will oversea the series.

“Driven out of his tribal homelands, Conan wanders the mysterious and treacherous world of civilization where he searches for purpose in a place that rejects him as a mindless savage.”

The news follows the bombshell that Amazon bought the rights for a Lord of the Rings TV show for $250 million.

Let the speculation for the actor who will take up Conan’s sword begin. Jason Momoa was the last in the 2011 remake Conan the Barbarian.

Schwarzenegger will be occupied working on an Amazon show of his own.

He will star in Outrider, a Western “mystery set in the late 1800s in Oklahoma’s Indian Territory.” Schwarzenegger will play a federal marshal who immigrated to America from Europe.

Amazon is clearly aiming to become the destination for fantasy and diversion while Netflix and Hulu put out more socially-conscious fare.