Watch: How Conor McGregor Became The UFC’s Most Bankable Star

Despite his loss to Nate Diaz, the outspoken Irishman will continue to make crazy cash in the Octagon. 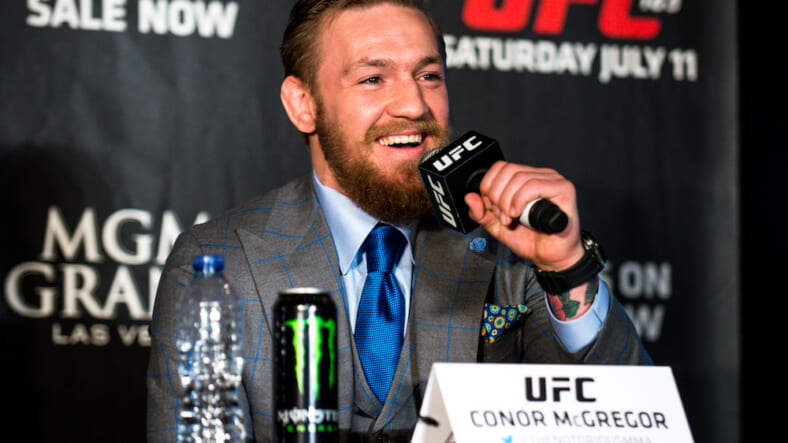 If you’ve every wondered why the UFC goes to such lengths to push personalities like Ronda Rousey and Conor McGregor, watch this video from MMA Mania. It provides a helpful breakdown of the amount of cash that flows into the promotion each time its biggest stars get into the cage.

Bottom line: Names make money, and at UFC 196 McGregor was the name. That’s why he walked away with a nine digit purse, despite his upset loss to Nate Diaz. In fact, UFC 196 marked the first time a UFC fighter collected a million dollar purse in a losing effort.

As MMA Mania’s video makes clear, the result of McGregor—Diaz was secondary to the hype. It’s the anticipation that brings in the cash, not the winner or loser. Put a big name fighter with a big personality in the main event and the PPV buys come streaming in.

That means more money for McGregor and even more for the UFC. The UFC’s average revenue for an event is $20 million, according to MMA Mania. The site estimates the revenue for UFC 196 at $60 million. But that’s under the assumption that it did 1.3 million PPV buys. UFC boss Dana White says it did 1.5 million.

McGregor says, all told, he’ll “breeze past” $10 million from UFC 196. That includes his purse, PPV bonus and sponsorship cash. That leaves more than $30 million for the UFC, which explains why White and co. will continue to treat McGregor as a god despite his loss.

Simply put, the man makes money. And with the redemption narrative he’s sure to embrace after the loss, he’ll probably only make more.