Conor McGregor Could Be the UFC’s First $100 Million Man

The way things are going for him, he might be its first $200 million man as well. 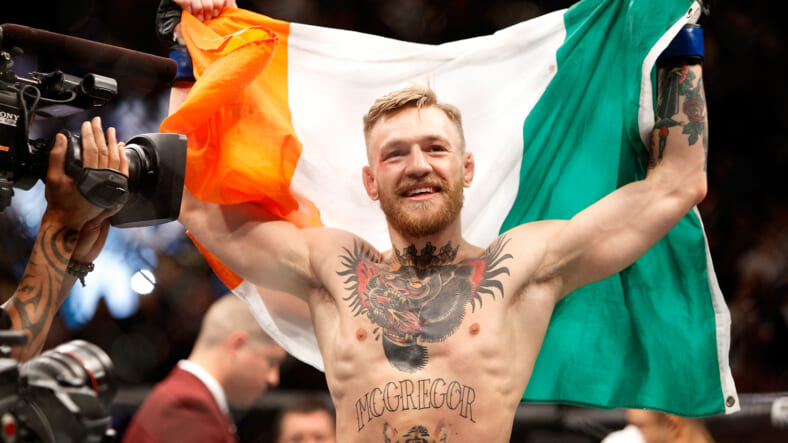 With Ronda Rousey’s future somewhat in doubt, the UFC hype machine needs a new fighter to prop up as the next big thing. After his 13-second win over Jose Aldo on Saturday, Conor McGregor is an obvious choice. And less than a week after the win, the machine is already churning in high gear.

On Tuesday, UFC CEO Lorenzo Fertitta told ESPN that McGregor could be the promotion’s first “$100 millionaire.” Fertitta expects the 27-year-old Irishman to reach nine figures though fight earnings, bonuses and his cut of pay-per-view broadcasts.

If McGregor is at the top of the UFC long enough to collect $100 million from fighting, he’ll no doubt have a lot more than that in the bank. Already, he’s secured lucrative deals with Monster, Reebok and supplement company BSN, among others. Imagine how many more companies will want to plaster his face on their boxes when he’s a true sporting superstar.

And if you believe McGregor, it’s only a matter of time until he’s got as many acting gigs as Samuel L. Jackson. A couple weeks back, McGregor said he wanted to become an action star and the film industry wanted the same: “Hollywood is screaming for me.”