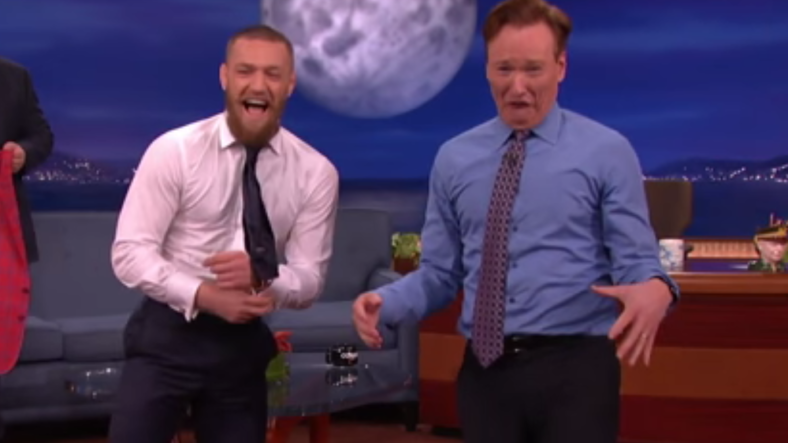 Conor McGregor is known first for his fists and second for his mouth, but the fearsome UFC featherweight champion is also working on his feet. On Thursday’s episode of Conan, McGregor talked up the scary kicks he’s adding to his repertoire. Among them is the Capoeira, which McGregor say is “where you spin and put your hand on the mat and swing your heel around like a baseball bat.”

But showing is always better than telling, so McGregor lined up across from Conan, who’s got a huge height advantage over the diminutive Irishman, and showed off the kick that he’ll try to “ping” across Nate Diaz’s head tomorrow night.

If McGregor actually uses this impressive-looking move to destroy Diaz, it’ll be the most eerie MMA talk show prediction since Ronda Rousey told Jimmy Fallon that Holly Holm would try to knock her out with a kick to the head.

And we all know how that turned out.