Who will reign supreme? 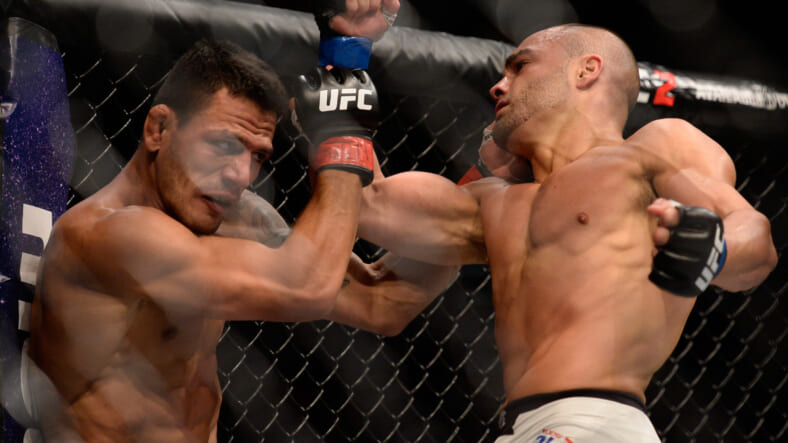 Conor McGregor and Eddie Alvarez will face off in a lightweight championship bout at UFC 205 in New York City, the promotion announced early this morning. “This is the fight the fans wanted,” Dana White told ESPN.

The 155-pound title fight will give McGregor the chance to do something that only two men have done before him—win UFC belts in two different weight classes. BJ Penn and Randy Couture did it before McGregor, but neither of them possessed two belts at the same time. If McGregor defeats Alvarez, he’ll be the first UFC fighter to possess two belts at once.

But beating Alvarez won’t be easy. The two-time Bellator champ is on a three-fight winning streak that includes split decision wins over Gilbert Melendez and Anthony Pettis. Most recently, he scored a first round knockout of Rafael dos Anjos to take the lightweight title.

How psyched are you for the main event?