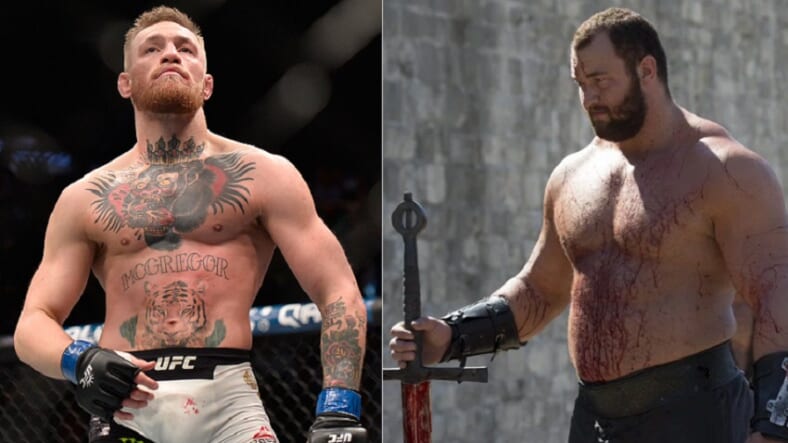 Based on an interview with UFC head Dana White, it looks like the rumor about Conor McGregor guesting on Game of Thrones is no longer just hearsay. The Notorious is coming to the prestige cable drama, and he may fight a giant when he gets there.

In an interview with Fox Sports Live Dana White disclosed that McGregor had shot season 7 scenes and that White was “glad he did it.”

Since the above video—in which McGregor sparred with 6’8″ strongman Hafthor Bjornsson, who plays massive Gregor “The Mountain” Clegane on GoT—went viral back in 2015, it seems inevitable that the MMA superstar may attempt to climb The Mountain yet again.

Bjornsson’s character has been revived as some sort of zombie-like creature so if there’s a fictional re-match between these mismatched warriors, McGregor’s character may not come out on the other side all that easily.