Now That Conor McGregor Has Been Pulled From UFC 200, What’s Next?

Do you believe he’s actually retiring? 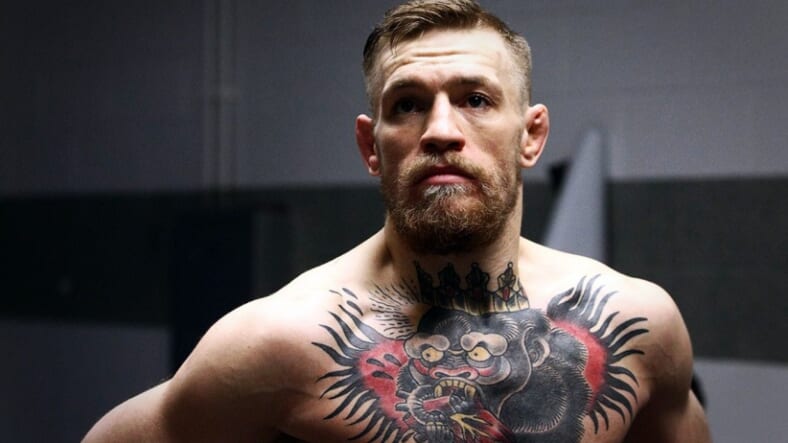 Conor McGregor’s surprise retirement tweet Tuesday afternoon was greeted with skepticism by most of the sports media, but when Dana White announced that the 27-year-old featherweight champion was pulled from his headlining bout at UFC 200, shit got real.

White said he was pulling McGregor from his rematch with Nate Diaz because the fighter refused to show up at pre-fight promotional events in Las Vegas. As for the bigger issue at hand, White said he knew little. “Is Conor retiring? Only he can answer that question. I don’t know.”

White emphasized that promotional duties before a fight are non-negotiable and McGregor’s unwillingness to leave his training session in Iceland was a deal breaker.

But there must be more to it, right? Refusing to film commercials, while inconvenient for the UFC, hardly seems like a good reason to turn the biggest night in UFC history on its head. Then again, White has a history of putting the UFC first, refusing to allow fighters to become bigger than the sport.

But if White really pulled McGregor because he wouldn’t come to Vegas this week, then we’re left wondering why McGregor would bail on required duties. Theories abound. Some think he might be turned off the fight game after watching his teammate defeat a fighter who later died from injuries suffered in the cage. Others say this is all about money. Longtime UFC vet Chael Sonnen says it’s a simple contract dispute that has forced both White and McGregor to get nuts.

After announcing the cancellation of UFC 200’s main event, White said he’s looking for a new opponent for Nate Diaz, who jokingly announced his own retirement Tuesday night. He’s also looking for an entirely new headlining fight. There remains a less-than-zero chance that Diaz’s new opponent is the same as his old one though. The last time a fighter was pulled for not participating in promotional actives—coincidentally, it was Diaz’s brother Nick—he ended up back on the fight card before the event went down.

But that was a smaller fighter at a time when the UFC wasn’t the powerhouse it is today. So assuming the Irishman does in fact miss UFC 200, the mystery turns to what he does next. Some think Hollywood is calling, while his recent Twitter follows suggest a transition to the WWE. UFC reporter Ariel Helwani is hearing that McGregor’s future is in the fight game.

If you think you know what’s next for The Notorious, there’s only one thing to do: lay some money on it.