Rule No. 1: Never text in the front row at a Slipknot concert. 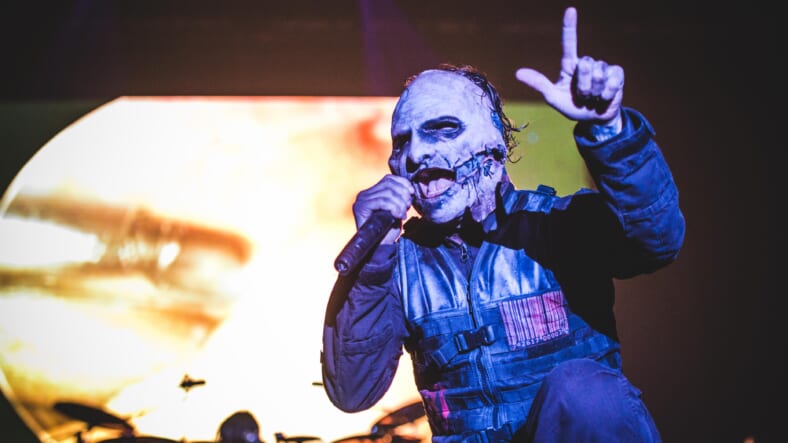 When it comes to texting at Slipknot shows, you best not do in front of frontman Corey Taylor.

Taylor recently smacked a phone out of a texting fan’s hands during a concert by the mask-wearing rockers, sending the device tumbling to the floor over the front row barrier mid-song.

Taylor later defended the phone fracas in a series of tweets:

“If you’re gonna text, stay at home,” he wrote Sunday, adding that as far as texting goes, “you might wanna do it between sets or between songs.”

“It’s actually funny- afterward, the dude TOTALLY understood the fuck up and we laughed together,” he later tweeted.

This isn’t the first time Taylor has fiercely enforced his no texting rules. In a 2014 interview with WRIF radio station, Taylor recalled dumping four water bottles onto another hapless fan, reports Entertainment Weekly.

Moral of the story? If you’re going to text at a Slipknot show, at least make sure Taylor can’t see you.