Willie Nelson definitely has something to do with this… 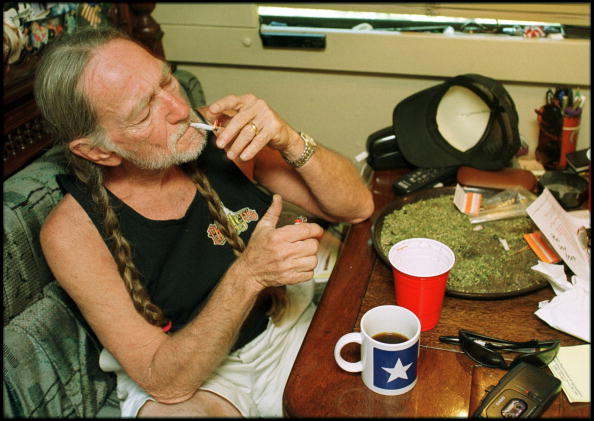 If you’ve listened to enough country music—being from Nashville I certainly have—you may have noticed that on top of those twanging steel guitars country artists are actually singing about getting wasted on a variety of illegal substances with surprising frequency. Turns out they really do cut tunes about weed, speed, and junk more than rappers and rockers, and some analysts went to the trouble to prove it.

In a study published on Addictions.com, data wizards reported that country stars sing more about marijuana than any other drug, but coke and meth are second and third runners-up.

Speaking to Rolling Stone, data scientist Logan Freedman said they found that “country music does have the most drug mentions and a lot of the country songs do speak about marijuana quite a bit.”

Freedman and his collaborators had to do some sleuthing to figure all this out, reports Rolling Stone—they analyzed lyrics for euphemisms as well as overt references, searching for words and phrases “like addy, blow, molly, roxy and sizzurp.”

Freedman also told RS that since standard FM country radio won’t necessarily play songs about how much fun it is to get stoned and float in an inner tube down the river, they studied lyrics from so-called “outlaw country” songs which are often independently recorded. And as Eric Church’s “Smoke a Little Smoke” in the video above proves, we can’t lay all those love songs to the herb at Willie Nelson‘s feet.

Perhaps the most striking thing the study found is that those drug mentions have been declining over the last four years. Freedman said their analyses found that all kinds of music are “really, really, straying away from mentioning drugs.”

Nobody tell Willie, though. He remains the King—even Snoop Dogg says so.