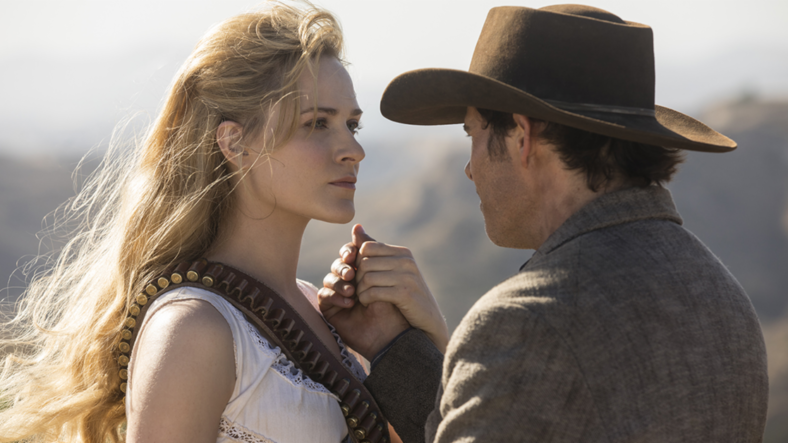 Here there be spoilers, so you’ve been warned.

Westworld season 2 has only just begun, and nobody knows what’s going on. Okay, that’s not fair. Some do, if you’re including cast and crew of the show.

When fans are confused about the plot trajectory of a favorite show—and Westworld is a fan favorite in part because it’s complex, mysterious, and surprising—they start coming up with fan theories, and sometimes those theories are uncannily in tune with the real show’s plot. Thanks to Reddit, there’s a new theory about rebel host Dolores‘s (Evan Rachel Wood) intentions, and it’s a good one.

In the second episode of this season’s run, William (Jimmi Simpson) referred to his “greatest mistake.” Dolores seemed to disagree, saying she knows what they’ll find when they reach its location within Westworld: “An old friend was foolish enough to show me long ago,” she says, “It’s not a place. It’s a weapon — and I’m going to use it to destroy them.”

At the end of this episode Dolores and William are traveling toward this thing’s location.

A redditor with the handle jasongil has developed a strikingly plausible idea as to what that weapon might be: A transmitter, perhaps a satellite dish, that will allow its user to control hidden hosts everywhere.

After all, ep. 1 made it clear that Delos has been secretly taking DNA from Westworld guests. The next episode implies that may lead to making clones. So, jasongil put this together with the season 1 reveal about curing “any disease.”

Here’s the mind-blowing part of the theory. The redditor writes that once the clones were made, Delos could “start replacing real guests with their identical clones, and sending them back into the real world.” Huh. “Guests are likely killed and disposed of,” he writes, “replaced with an identical copy. The rich and famous – the most powerful people in the world – have been replaced with ‘sleeper’ hosts, and nobody is the wiser.”

Damn, dude. The theory follows logically from there. Here’s the money shot:

The “weapon” is a huge transmitter—a satellite dish—which will allow whoever uses it the ability to control the “sleeper” hosts (former guests) around the world, remotely. In S02E01, it’s revealed that the hosts have some sort of local wireless network they can use to communicate with each other, and it’s clear that Maeve has mastered this to control the other hosts.

Hand it to the man—or woman, on Reddit you never know—that’s a solid theory, one that nicely tightens the screws holding the storylin together. It makes too much sense to ignore.

Will he be proven correct? We have no idea, show runners love turning fan expectations on their heads.

Guess we’ll just have to keep watching and see.