The rock frontman–who was reportedly destitute in 2014–is greeting his first movie role with arms wide open. 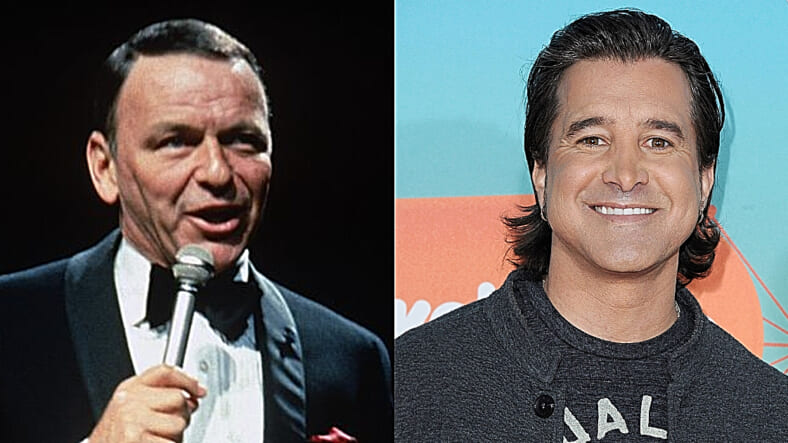 The mellow, smooth baritone of Frank Sinatra characterizes that period of music between the end of World War II and the beginning of the rock and roll era—a laid-back sound that at its best can be the essence of sleek Mid-Century cool. The rough-edged belt of Creed frontman Scott Stapp is almost as distinctive, but they’re nowhere near the same.

That’s just one reason Stapp’s reported casting as Sinatra in the upcoming Ronald Reagan biopic Reagan might make some scratch their heads—he’s just not the first living singer you might think of when looking for someone to play Ol’ Blue Eyes.

The project will include a scene in which Stapp will perform as Sinatra at the famed Cocoanut Grove, at a time when Ronald Reagan was president of the Screen Actors Guild and the club was a staple of old Hollywood. Reagan stars Dennis Quaid in the titular role and is planned for a 2021 release.

Stapp is quoted in the Billboard article saying that “Sinatra in performance mode was an exercise in restraint.”

He goes on to note that the crooner “had this steely, stylish swagger and his sheer presence commanded a room. I was excited to join the cast and blown away by the on-set attention to detail, style, and overall production.”

Sean McNamara is the director of Reagan and Billboard quoted him as saying they “are honored to have Scott” in the movie.

Stapp, says McNamara, is “known for big, high energy performances so it was a thrill to see him shift gears to embody Sinatra’s contained charisma.”

Excited to a part of this incredible film! Be sure to check it out! 🎥🍿#Reagan #FrankSinatra #2021 https://t.co/5LJmDrokjL pic.twitter.com/WXBUzOdpaz

If you’re skeptical of this casting, it’s only fair to Stapp to note that in 2020 he looks different from the long-haired rocker many may remember from Creed’s videos for bestselling hits like “Higher” and “With Arms Wide Open.” He appears to have lost weight and his hairstyle is completely different in a recent pic posted with some articles about the role.

In short, while he doesn’t really resemble Sinatra at all, he certainly looks a little closer these days to what casting directors might look for in someone playing the Chairman of the Board.

It’s also a nice comeback story for a performer who went from a 90s-early 00s millionaire superstar to “broke, homeless and living in a Holiday Inn after IRS audit” in 2014 (according to an article published in November that year by the Daily Mail).

As for the biopic, Reagan—it began filming again after a COVID-19-related break in November 2020 and is due to premiere sometime in 2021.