Watch the Creepy New Trailer For Stephen King’s ‘The Stand’

“He calls himself The Dark Man. Mostly I just see his wolf.” 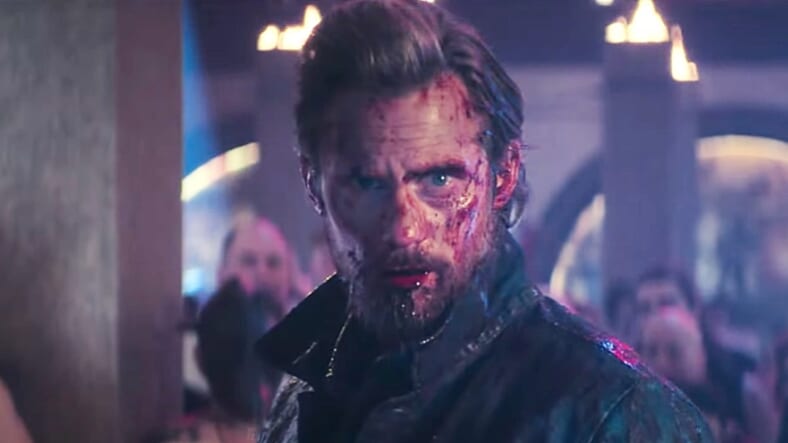 In the 1970s a moderately successful horror novelist unleashed upon the world a massive, biblical epic of a novel in which a vicious pandemic killed much of the world’s population, leaving behind distinct camps of good and evil.

Stephen King’s The Stand was a blockbuster, likely sealing his fame and boosting his status as a bestseller machine for decades to come. It captured the imagination of readers who had been through the wildly turbulent 1960s and drug-addled, corrupt 1970s in part because it was just so damn plausible—for a horror novel.

At the time, though, we didn’t think it was all that plausible. That’s why it was a great read, as King cleverly mixed a paranoid fantasy of a real-world worst-case scenario with his usual signature elements of unnameable horror from beyond, mostly in the form of the folksy and terrifying Randall Flagg, The Dark Man—played in the upcoming series previewed in the trailer above by a creepily intense Alexander Skarsgard.

King’s novel was made into a cheesy (but admittedly still entertaining) early 90s miniseries starring Gary Sinise as strong but silent community leader Stu Redman (James Marsden in the upcoming series) and an underrated Jamey Sheridan as Flagg. It has maintained low-key cult popularity through the years because it is fundamentally faithful to the novel and has moments of real terror that still work today.

So when it was announced that CBS All Access was making a new limited series version of The Stand, the response from some critics was neutral.

This new Stand, which in addition to Skarsgard and Marsden also stars Whoopi Goldberg as holy prophet figure Mother Abagail Freemantle and Amber Heard as conflicted schoolteacher Nadine Cross, looks like it has preserved the fundamental living nightmare feel of the source material and perhaps even incorporated the world into which it will premiere just before Christmas, with Marsden’s Redman saying at one point in the trailer something about “these uncertain times,” a phrase so common in real life this year that it should be retired from the language forever.

In another scene, Redman also tells Goldberg’s Mother Abagail about Flagg in simple terms that fully communicate the antagonist’s evil power: “He calls himself The Dark Man. Mostly I just see his wolf.”

To his credit, King is acutely aware of and feels bad about how real-world circumstances echo his masterwork, telling an NPR host in April 2020 that people kept telling him, “‘Gee, it’s like we’re living in a Stephen King story,’ and my only response to that is, ‘I’m sorry.'”

The Stand, which King has called a work of “dark Christianity,” will premiere on CBS All Access beginning December 17, 2020.