What Netflix Hit Will Be Watched More This Weekend—’Crime Scene’ or ‘War Dogs’?

Will it be a creepy true crime docuseries or Jonah Hill’s arms dealer comedy? Vote now via VersusGame on your phone! 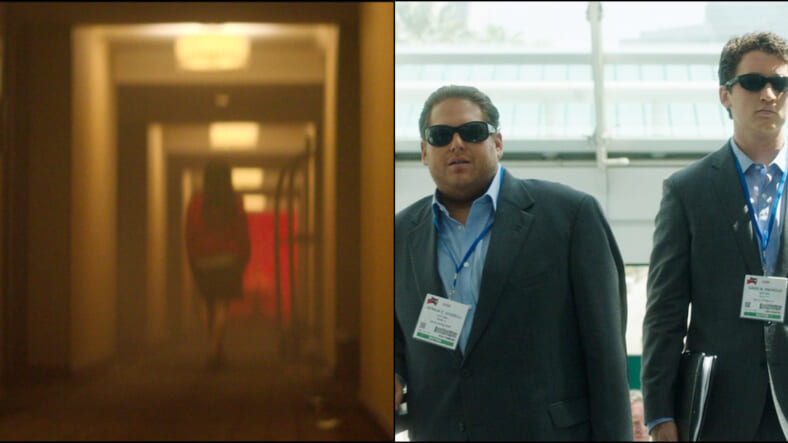 Go to versusgame.com on your phone NOW to vote here on whether Crime Scene or War Dogs will be watched more by Monday, February 15!

Netflix’s Top 10 is a familiar feature to viewers of the streaming giant—it highlights the most popular movies and shows on the platform in real-time.

Right now, the 10 most-watched titles on Netflix are an eclectic mix of originals, reality shows, movies, and documentaries—currently topped by Crime Scene: The Vanishing at the Cecil Hotel.

The buzzy new docuseries by acclaimed director Joe Berlinger (Metallica: Some Kind of Monster, Paradise Lost) tells the chilling true story of the death of Elisa Lam, a young Canadian college student on vacation whose lifeless body was found in a water tank at an L.A. hotel.

But quickly rising through Netflix’s Top 10 ranks is War Dogs—the beloved 2016 dark comedy directed by Joker helmer Todd Phillips that stars Jonah Hill and Miles Teller (with a villainous cameo by Bradley Cooper) and follows the real-life tale of two arms dealers who receive a U.S. Army contract to supply ammunition to the Afghan National Army worth approximately $300 million.

VersusGame is the #1 online prediction game where you win for being right. Pick the winning outcome of challenges between your favorite celebrities, musicians, brands, and companies for cash prizes and internet glory