And it sounds messy. 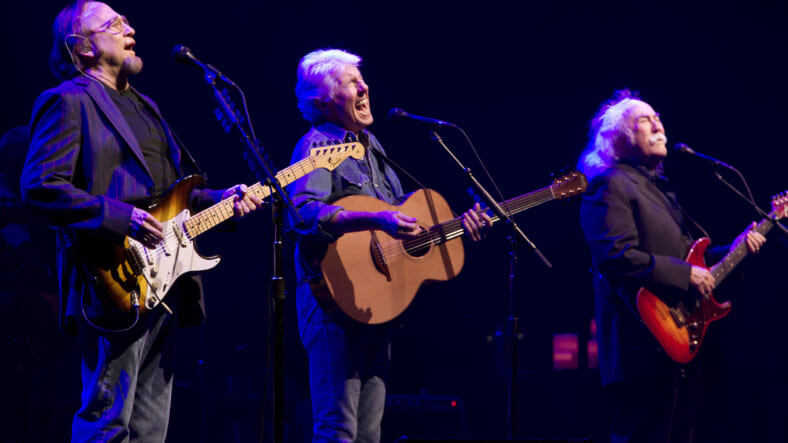 It looks like there’s drama brewing in Crosby, Stills & Nash. David Crosby has apparently pissed off Graham Nash — to the point where it may have broken up the band permanently.

On Monday, Billboard reported that Nash is over dealing with the band’s crap. He gave quite the statement:

“I don’t like David Crosby right now. He’s been awful for me the last two years, just fucking awful. I’ve been there and saved his fucking ass for 45 years, and he treated me like shit. You can’t do that to me. You can do it for a day or so, until I think you’re going to come around. When it goes on longer, and I keep getting nasty emails from him, I’m done. Fuck you.”

Nash isn’t the only band member to air out their grievances: Back in 2014, Neil Young said he’d never tour with Crosby, Stills & Nash because of David Crosby’s inappropriate comments about Young’s girlfriend Daryl Hannah.