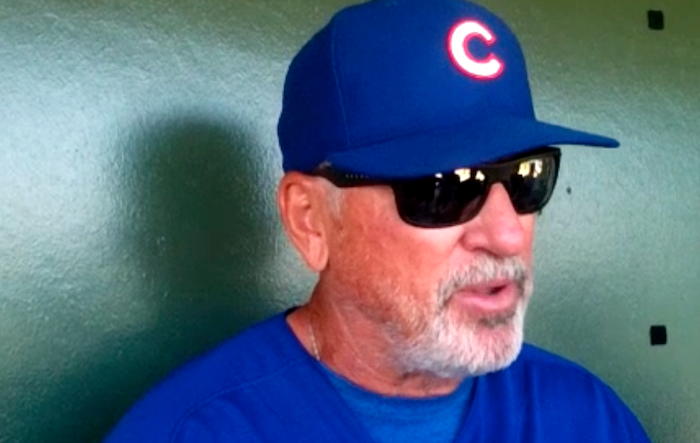 On Tuesday Chicago’s City Council banned Major League Baseball players from chewing tobacco on the field, a move that did not sit well with Cubs manager Joe Maddon and some of his players.

“I’m into personal freedoms,” Maddon said on Wednesday. “I don’t quite understand the point with all that. Just eradicate tobacco, period, if you’re going to go that route. I’m not into over-legislating the human race.”

“Inherently, that’s what I’m about – (not telling) me what I can and cannot do as an adult,” he added.

The lawmakers who approved the ban weren’t thinking about adults though. The two Chicago alderman who proposed it said the goal was to prevent kids from trying to imitate their favorite players by stuffing a wad of tobacco into their mouths. The fewer teenagers who pick up the habit, the better.

Chicago now joins cities with similar bans, including Los Angeles, Boston and San Francisco, the first three homes of Major League teams to squash chewing tobacco at stadiums. The new law, which bars fans from chewing too, calls for a fine of up to $250 upon the first violation, $500 for the second,and $2,500 for the third. That ban affects owners and operators, not individuals, which raises an important question: Will this actually stop any players from chewing?

The answer seems to be, ‘Yes.” Cubs catcher Miguel Montero, who says he’s been chewing for more than decade, said Wednesday, “(This) probably will help me to quit, because it’s a really bad habit. We’ll probably have to get a lot of nicotine gum instead. It’s going to be hard, because you’re an addict, pretty much. It’s going to be tough to quit cold turkey. Hopefully, I can quit.”