The Daily Heat Index: ’10 Cloverfield Lane’ Has a Surprise Cameo, and We Know Who It Is

Plus, an infamous Spider-Man villain is getting his own film, and a fan-made video gives Darth Maul a little love. 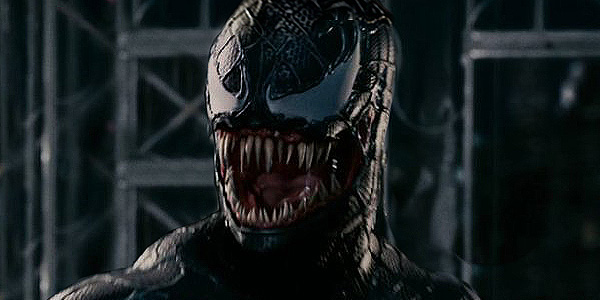 And the Surprise Cameo Goes To…We’re only a week away from finding out what exactly 10 Cloverfield Lane is about, but the J.J Abrams’ produced thriller just got a lot more mysterious thanks to a surprise cameo confirmation. Thanks to a former relationship from working on Alias, Abrams was able to recruit none other than American Sniper star Bradley Cooper for a little part in the upcoming movie that no one knows about. In a recent interview with Cinema Blend, director Dan Trachtenberg said: “[Bradley Cooper] and J.J. go way back because he was on Alias. And we needed to cast a very small role. And he said, ‘I wonder if Bradley would do it.’ He reached out and he was really stoked to help us out.”

The blood relative to 2008’s Cloverfield is already set to be a complete mindf*ck, so the addition of an A-lister like Cooper doesn’t surprise us one bit. 10 Cloverfield Lane officially hits theaters this Friday, March 11th.

Sony Goes Ahead with ‘Spider-Man’ SpinoffSomeone give Topher Grace a call — plans for a standalone ‘Venom’ film are back in action. According to The Hollywood Reporter, the newest incarnation of Spider-Man has inspired Sony to revive their previous plans to give Venom his own movie. While this will have no relation to 2017’s movie starring Tom Holland, it might carry the possibility (if it does well in the box office) of launching its own franchise. No storyline has been decided, but with Dante Harper (Edge of Tomorrow) on board to write, you can expect a killer script to be produced — and maybe an Emily Blunt cameo.

Darth Maul Gets His Own Film (Sort Of)It may have been two years in the making, but dedicated Star Wars fans have finally developed a film that puts Darth Maul front and center. The Phantom Menace favorite, known for his double-sided lightsaber (and for being a serious BAMF), didn’t have too much screen time in the first Star Wars prequel, but T7 Production has changed that with a 16-minute visual masterpiece that focuses on Maul and his killer lightsaber skills. Prepare to be impressed.