Plus, Jason Statham is about to battle a big ass shark, and we get a first look at the poster for JLaw’s new film, ‘Passengers.’ 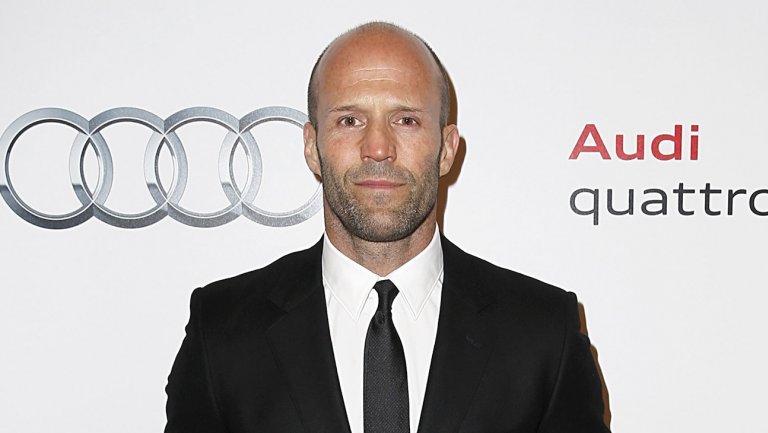 Another Side to Cara DelevingneCara Delevingne‘s next public outing on the big screen may be in August’s Suicide Squad, but the stunning 23-year old is already prepping for her next role in 2017’s Valerian and the City of a Thousand Planets. The Luc Besson sci-fi flick puts us in the 28th Century with Delevingne and co-star Dane DeHaan who are essentially intergalactic agents set out to protect the human race at all costs. MTV News released a behind-the-scenes clip of the upcoming action that you check out, and while it doesn’t exactly look Oscar worthy, it might be worth a stoned trip to theater. Did we mention Rihanna is in it too?

Statham v. Giant SharkJason Statham can pretty much do whatever he damn well pleases. The beloved action star has thrown fists, driven cars, and had sex in public all for the sake of cinema. His next film will place him opposite his biggest opponent yet – a huge ass dinosaur shark. New reports indicate Statham has signed on to star in Meg, the monster movie-esque tale that you’d think would only air on Syfy, but instead, will draw in millions of moviegoers to see The Transporter star go head-to-head with a Carcharodon Megalodon. No word regarding plot details or a release date as of yet — but the idea of Jason Statham rocking a shark right in the face with his bare hands definitely sounds like a perfect Friday night at the movies.

First Look at PassengersLas Vegas CinemaCon has delivered quite an explosive amount of information for upcoming 2016 features, including Jennifer Lawrence’s next surefire blockbuster, Passengers. Co-starring Jurassic World‘s Chris Pratt, the futuristic sci-fi film focuses on the two (out of a group of 5000) who wake earlier than expected on a 120-year journey to a different planet. Sounds like someone should’ve dosed up a little stronger on the Nyquil. We’re still waiting for the first-look footage to be released, but until then, gaze into the eyes of the leads in the film’s new poster above.