The Daily Heat Index: Everything Goes to Sh*t in the New Mid-Season Trailer for ‘The Walking Dead’ 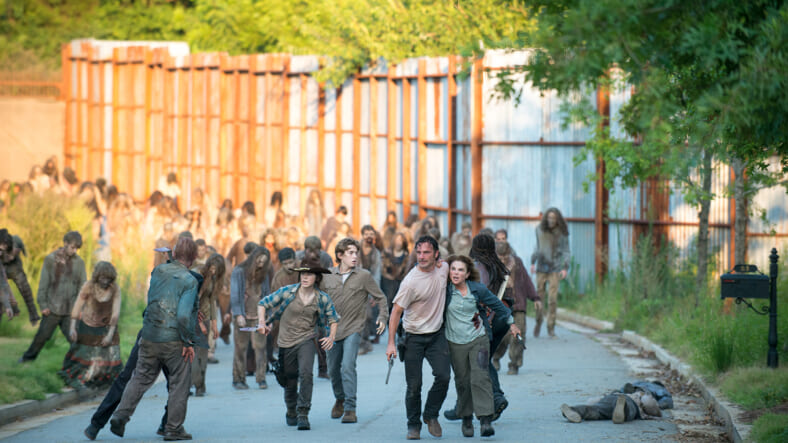 Fight to the Finish2016 is almost upon us, and with that comes the second half of the bloodied and brilliant series, The Walking Dead. We’ve been blessed with the mid-season trailer leading up to February 14th return of the show, and it’s a gory one. In it, the gang (including, Rick, Carl, Michonne, and Maggie, to name a few), chop their way through the hordes of walkers that have invaded the community of Alexandria. There’s no sign of the highly anticipated terror, Negan, but by the sounds of Lauren Cohan’s haunting screams, there’s a good chance she’s come face to face with the season’s newest villain.

Wild SideDo you guys remember ‘Bad Blood?’ You know, Taylor Swift’s music video that combined pretty sweet action scenes with about every attractive woman on the planet? Well, while we can’t always be so lucky, Maxim cover girl and 2015 Hot 100 winner Taylor Swift is set to release another video Thursday night for her single, ‘Out of the Woods.’

The pop star shared a sneak peek on Twitter, wet and muddy and baring teeth as she stared into the camera. We’re sure she’ll clean up nice for the New Year’s festivities, but expect to see her more feral side once ‘Out of the Woods’ premieres.

New Year, New CloneTatiana Maslany is a serious gift from the gods. If you don’t know the 30-year old actress, she plays the leads on BBC’s crazy-ass sci-fi clone show, Orphan Black. — and we say ‘leads,’ because Maslany plays the roles of not one, or two, but FIVE different clones throughout the series. By the looks of the newly released teaser for season 4, we’ll be seeing yet another doppelganger running amok, but this one seems to prefer to stay in the shadows. Whoever she may turn out to be, there’s not a sliver of doubt that Tatiana Maslany will slay it once again. Kill it, girl.