Plus, Katie Cassidy prepares for an ‘Arrow/Flash’ crossover, and Melissa McCarthy goes full-DMX for a lip sync battle. 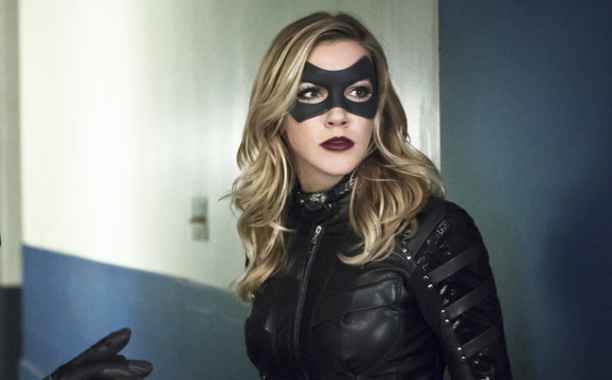 This play brought to you by garbage human Chase Utley. .@craigcalcaterra pic.twitter.com/AyMaNFZXsM

Utley Tries It AgainThe Los Angeles Dodgers shortstop doesn’t seem to learn from his past mistakes. After completing destroying Ruben Tejada’s leg during a game in the postseason, Chase Utley was suspended for two games (which were eventually overturned), and the MLB’s official slide rule got some updated language due to Utley’s unruly behavior on the field. On Monday night #26 tried again and failed, as he approached home plate and chose to slide — almost directly into Padres catcher Derek Norris. We won’t be surprised if we see the Chase Utley rule applied a handful of times throughout the 2016-2017 MLB season, but fingers crossed for a few less broken bones.

Say Hello to Black SirenIt looks as though Arrow star Katie Cassidy is crossing over to the dark(er) side. The reigning Black Canary will appear as her doppelgänger self from Earth-2 on The Flash‘s penultimate episode this season, transforming into Black Siren. This news comes amid rumors that Cassidy will meet an untimely death in the next Arrow episode, so her appearance on The Flash might be the network’s way of bringing the character back to life. It certainly wouldn’t be the first time.

Melissa McCarthy: Lip Sync MasterSpike may be the home to Lip Sync Battle, but it’s The Tonight Show with Jimmy Fallon that’ll always remain the true originator of the outrageously successful franchise. While promoting her new movie The Boss, Melissa McCarthy went up against the late night host in an all-out LSB, stretching to a little DMX before going full Pocahontas for her final performance of ‘Colors of the Wind.’ If the use of water, glitter, feathers, wind, and stuffed jungle animals doesn’t make her the clear cut winner, we’re not sure what will.