Plus: John Cena returns to the WWE and the Warriors head to the NBA Finals. 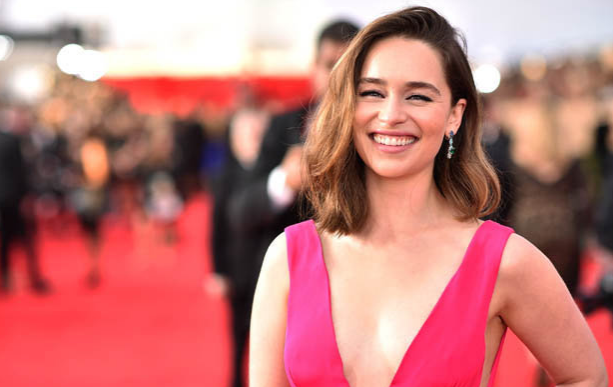 It’s Clarke. Emilia Clarke.Following in the footsteps of Bond-wannabes Gillian Anderson and Priyanka Chopra, Game of Thrones star Emilia Clarke is the latest to express an interest in  replacing Daniel Craig as James Bond. Clarke even has a certain lady-killing co-star in mind. “I have a lot of unrealized dreams,” the Mother of Dragons told the Daily Star. “I would love to play Jane Bond. My ultimate leading man would be Leonardo DiCaprio. No doubt about it.” Do you think Clarke is capable of swapping her dragons for a shaken-not-stirred martini?

Cena Returns to the RingJohn Cena made his appearance back on Monday Night Raw following a long stint away due to shoulder surgery, and things heated up fast. The wrestling superstar got off to a good Memorial Day start, explaining that he’s back to pristine condition, before getting blindsided by AJ Styles, Luke Gallows, and Karl Anderson. With a shot of Cena crumpled in a ball following his surprise takedown, it looks like the 39-year old might need a little more time in the recovery unit.

Warriors Head to NBA FinalsThe Western Conference Finals came to an epic conclusion as the Golden State Warriors defeated the Oklahoma City Thunder 96-88, earning them a well-deserved rematch against the Cleveland Cavaliers for the NBA Championship. Despite a rocky start, the team found its footing alongside MVP Steph Curry who “did what Curry does best” by hitting basket after basket in the 3rd that contributed to a 23-6 run. By the final minutes, it was obvious that the Warriors and their building momentum would have them emerge victorious with an incredible comeback. Better luck next year, Kevin Durant.