Plus, Universal gets a taste of Willy Wonka, and a new action-packed ‘Legend of Tarzan’ trailer is here. 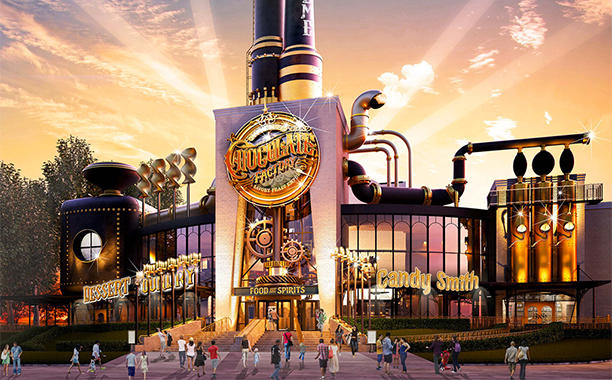 It’s a Bird, It’s a Plane, It’s..Batman v. Superman star Henry Cavill took to the streets of New York City tourist hotspot Times Square to prove just how effective Clark Kent’s nerdy news disguise truly is. Anyone who ever questioned the Man of Steel’s simple shirt and glasses combo should be put to shame as the 32-year old actor nonchalantly strolled through the busy NY streets, even finding some time to grab a quick cup of Starbucks. Despite being surrounded by giant BVS posters (and being a well-known Hollywood star), Cavill managed to move about his day as an average employee at The Daily Planet. Now, all that’s left is too find out if Superman is a formidable opponent against The Dark Knight — an answer we’ll get when Dawn of Justice hits theaters on March 25th.

Willy Wonka Takes Over Universal (Sort Of)Universal Studios Orlando is set to satisfy its sweet tooth thanks to an upcoming Willy Wonka-inspired restaurant. Toothsome Chocolate Factory & Savory Feast Emporium, set to debut later in 2016, will feature a full-service restaurant of burgers, salads, and stand-out ‘Artisan’ shakes and desserts. While there won’t be a chocolate river to fall into, patrons can still watch chocolates and other candies being made on sight before purchasing them after their visit. No mention of any use of golden tickets (or the greatest creation in literature, the Oompa Loompa), but you can bet there will be some other Wonka surprises in store once the doors are open.

Tarzan Goes Home in a Brand New TrailerWhen Legend of Tarzan hits theaters later this year, we’ll see a new look at the titular character (Alexander Skarsgard) as he steps out of the jungle and in London as a Lord with wife, Jane (Margot Robbie). It’s after Tarzan returns to his home of the Congo to prevent its destruction by a Belgian warlord (Christoph Waltz) that he begins to channel his old roots and swings his back into action to save the day. Stocked with animal CGI and a extremely well-rounded cast, this just might be what the movie industry needed to revive the Tarzan live-action franchise.