Daily Heat Index: Jennifer Aniston is Officially the Most Beautiful Woman of 2016

Plus, the first trailer for the new ‘Magnificent Seven’ drops, and Marvel’s Hayley Atwell shows off her lip syncing skills. 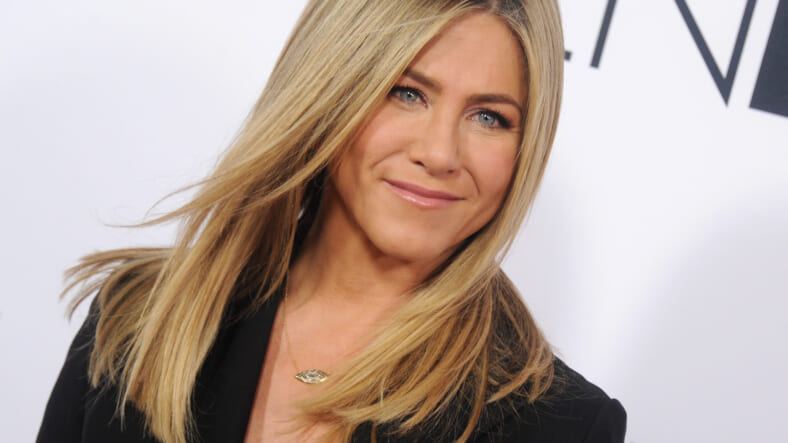 Jennifer Aniston Is More Beautiful Than We ThoughtIn a move that isn’t shocking in the slightest, 47-year old goddess Jennifer Aniston has been crowned People‘s ‘Most Beautiful Woman of 2016.’ Now, one should question why she received the title only halfway through the year, but frankly, we don’t care. The Friends icon and wife to Justin Theroux is following in the footsteps of ladies like Sandra Bullock, Lupita Nyong’o, and Jennifer Lopez. Aside from crediting her spin-yoga classes as the key to beauty, Aniston owes it to “inner confidence. Peace. Kindness. Honesty. A life well-lived.” Or, all things that gorgeous people are allowed to say. Catch the most beautiful woman in the world on-screen at the end of this month in Mother’s Day, out April 29th.

Antoine Fuqua’s The Magnificent Seven Trailer DropsIt’ll be easy to confuse righteousness with revenge in a new trailer for the rebooted The Magnificent Seven, the latest film from Training Day director Antoine Fuqua. Denzel Washington will take the reigns as one of the lead mercenaries who recruits the likes of Chris Pratt, Ethan Hawke, and Vincent D’Onofrio to rival Bartholomew Bogue (Peter Sarsgaard) before this poor Southern town crumbles under his rule. Expect plenty of bullets and bloodshed come September 23rd when this modernized Western rides its way to the top of the box office.

Hayley Atwell Is ‘Pretty Fly’ at LSBMarvel invades the Lip Sync Battle stage this week as Agent Carter’s Hayley Atwell goes against Agents of S.H.I.E.L.D‘s Clark Gregg for an epicly powerless superhero battle. Check out the sneak peak as Atwell channels her inner-Offspring for a little ‘Pretty Fly (For a White Guy)’ and lays waste to Gregg, who we suspect might have something up his sleeve when it’s his turn on the mic.