Plus: ‘Supergirl’ finds its Man of Steel, and ‘This Is What You Came For’ gets a music video. 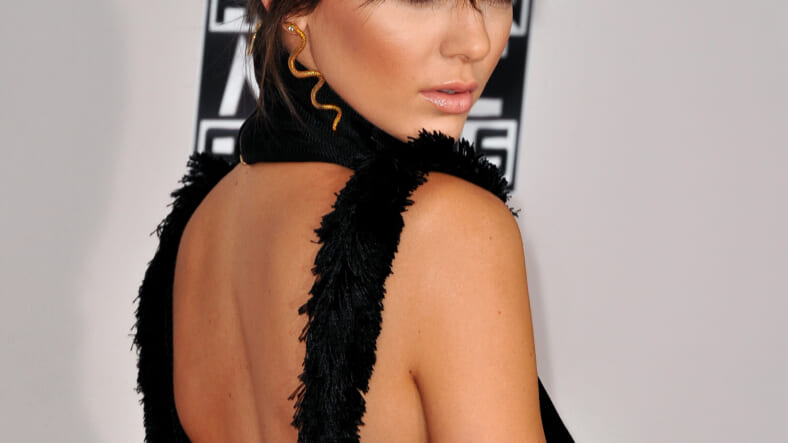 Kendall Jenner vs. Stephanie SeymourThere’s a supermodel catfight between Kendall Jenner and ’90s supermodel Stephanie Seymour. After Seymour referred to Jenner and bestie Gigi Hadid as “‘bitches of the moment” rather than actual supermodels, the 20-year old Kardashian spawn fired back with a blog post of her own. “If people want to call Gigi and I supermodels now, it doesn’t take anything away from supermodels of the past. Obviously, I have so much respect for these women, but right now, we’re the models of this time. Significant? Maybe. Hardworking? For sure.” Truth is, anyone with nearly 60 million Instagram followers can do whatever she damn well pleases.

“This Is What You Came For”It’s all lasers and lights in Rihanna and Calvin Harris’s new music video for club banger “This Is What You Came For.” The Barbadian beauty finds herself in a 4D box fit with different effects that send her from the desert to the jungle in no time at all. Harris may be missing from most of the footage, but his signature beats are prevalent the entire time.

A Brand New SupermanIt’s a bird, it’s a plane, it’s.. Tyler Hoechlin. The Everybody Wants Some star has joined the CW’s all-star line up of superheroes as none other than Clark Kent, AKA Superman. The Kryptonian will pay a visit to cousin Kara during the first two episodes of Supergirl‘s second season, marking the character’s first true appearance in the series despite being hinted at several times. Supergirl returns to its new station on Mondays at 8PM ET.