Apparently, she used to have a thing for tweeting the N-Word. 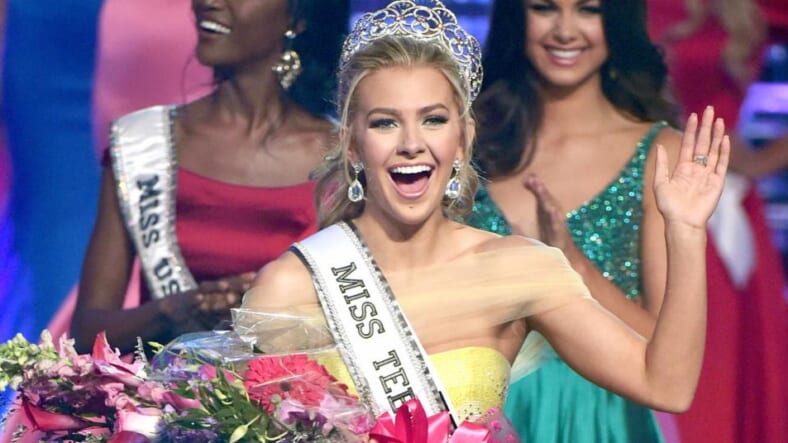 Just moments after being crowned the new Miss Teen USA, racially charged tweets featuring the N-word surfaced on 18-year old Karlie Hay‘s account going back to 2014. But according to People, the Texas blonde will keep her tiara courtesy of a ruling from the Miss Universe Organization. Even though the group denounced Hay’s actions online and deemed them unacceptable, it supported the teen’s “continued growth” and accepted the apology she delivered via Instagram.

Snoop Dogg Heads to TVMarijuana master Snoop Dogg will lend his assistance to new weed comedy Mary + Jane ahead of its September premiere on MTV. The 44-year old pot connoisseur is set to executive produce and theme song for the series, which follows “two twenty-something best friends who run an all-female marijuana delivery service in Los Angeles.” Executive producer Deborah Kaplan also explained he won’t play himself, but instead, he’ll be more “like a Snoop Fairy.”