The Daily Heat Index: There’s Going to Be a Badass New Villain In ‘Kingsman 2’

Plus: Channing Tatum explains his ‘Lip Sync Battle’ antics and Natalie Portman on being Harvard grad. 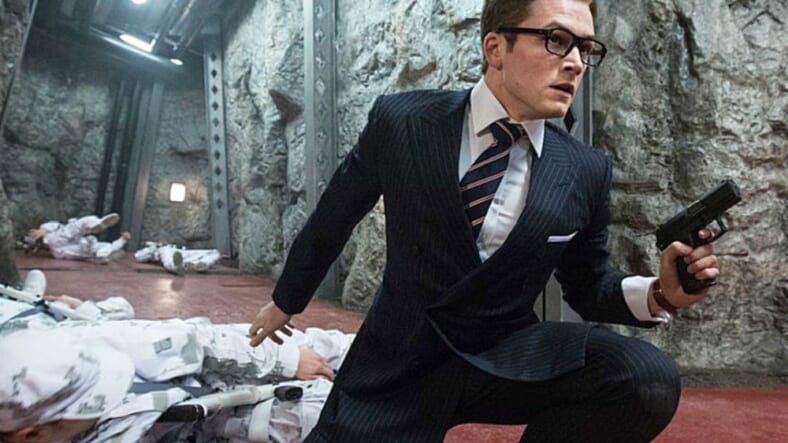 New Details about Kingsman 2No one truly expected Matthew Vaughn’s comic book adaptation of Kingsman: The Secret Service to be a hit, so when the extremely entertaining spy flick blew up the box office, it was a big surprise. Sequels are a hot commodity these days, so it comes as no surprise that Kingsman 2 will be coming along soon, but it’s still up in the air as to where the plot will take star Taron Egerton (as Eggsy) and the rest of his ‘Kingsman’ brotheron. While promoting his new film Eddie the Eagle at Sundance, Taron gave some input on details for upcoming sequel with hints that we’d see him leaving the good ‘ol UK. “What I can say is that we shot [the first] one all in the U.K., that won’t be the case with the next one, he recently told Collider. “It’s a far more international story, we’re going to some incredible places, and we have a villain to rival Samuel L. Jackson—this new one is so brilliantly written I wish I could play it. It’s amazing.” With such a unique job as a spy, it comes as no surprise that Kingsman 2 would take Eggsy all over the world to face whatever new threat comes his way, but no word as to where exactly that’ll be. Stay tuned for more details to come before the film opens on June 16th, 2017.

That Time Channing Met BeyonceWhile promoting his new movie Hail Caesar! on The Ellen DeGeneres Show, Channing Tatum couldn’t help but explain just exactly how he managed to get Beyoncé up on that Lip Sync Battle stage with him. Tatum goes into detail about the experience, saying his reactions were genuinely terrified since it was only his first time meeting Mrs. Jay Z. “Initially, I wanted to bring a cardboard cut out, just to be funny, but then I met Beyoncé.. dressed as Beyoncé,” he says, going to to compare Queen B to infamous Usual Suspects character, Keyser Söze. “You always know she’s somewhere in the world and can just reach out and touch you.” Would anyone complain about being touched by Beyoncé? Doubtful.

Did You Know Natalie Portman Went to Harvard?Natalie Portman is the total package: stunning, Oscar-award winning, and an actual genius. If you didn’t know she was a student at Harvard, you will, because Tonight Show host Jimmy Fallon reminded her after the two performed ‘Iko Iko’ Wednesday night with Sia and The Roots. Why would he do such a thing, you ask? Because the Jane Got a Gun star knew not just the lyrics, but the full background history of the song, which had Fallon labeling her as “a human Wikipedia.” You might chalk up his teasing to Natalie never getting back to the late night host when he tried to perform stand-up at the prestigious school. Fallon may have never got that call, but it seems like he’s doing juuuust fine.