Plus, there’s bad news for Jena Malone, and Aja Naomi King talks about her job at the happiest place on Earth. 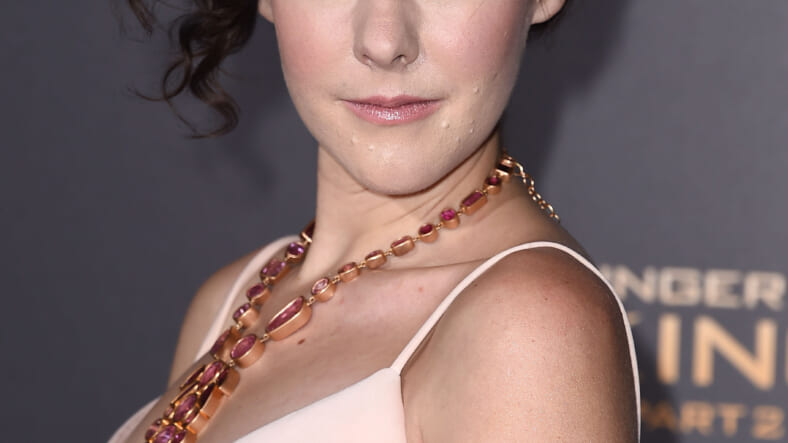 Down to the Bone It’s no surprise that the stunning Quantico star Priyanka Chopra is all about bringing the heat. The latest (and hottest) induction to the Hollywood spotlight stopped by The Tonight Show last night to talk about her hit ABC series and upcoming Baywatch role, but not without impressing Fallon with her passion for food — specifically, Atomic Wings. With only 20 seconds on the clock, Priyanka manages to shred the meat from 3 nuclear-sauced wings, while Jimmy can barely handle 1. As if we weren’t in love with her already.

Bad News for Jena MaloneIn what may be some of the worst news an actor could get, recent news has confirmed that Jena Malone’s character has been cut from the upcoming release of Batman v. Superman: Dawn of Justice. The information comes as a bit shocking, due to the immense amount of speculation and effort put into finding out who exactly she was playing, with some rumors pointing towards Barbara Gordon (and a future Batgirl) and others swaying towards a new incarnation of Robin. Despite being removed from the theatrical version, Malone will still be featured in the R-rated, ‘Ultimate Edition’ where we’ll have a greater understanding of her secret character and the entire DCEU.

The Happiest Place on Earth How to Get Away with Murder star Aja Naomi King stopped by to promote her runaway ABC series (which just got picked up for a third season), and recalled her first job working out of school — as an Indiana Jones Disneyland cast member. The actress doled out some Disney secrets, like the intense safety requirements, hidden tunnels to prevent traumatizing kids during break time, and how she approached returning her costume once she finally quit. Hey, everyone’s got to start somewhere, right?