Don’t do it, Dakota! 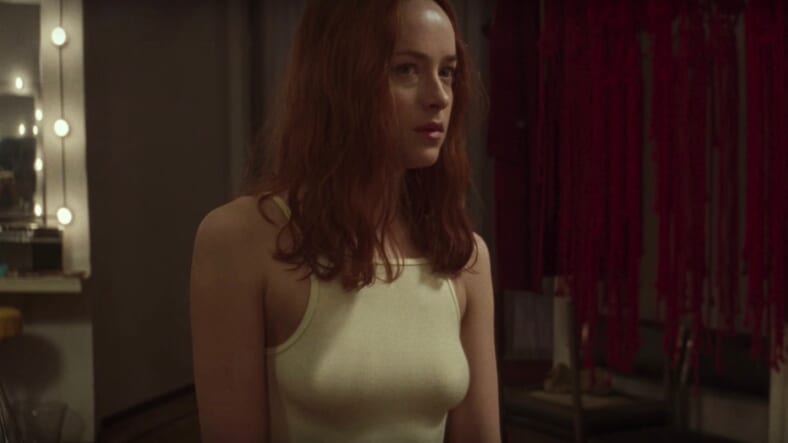 Dakota Johnson survived Christian Grey’s “pleasure room” for an entire franchise, but she is still not prepared for the terror ahead in Suspiria.

The first full-length trailer for the remake of the Italian horror classic just dropped, and it sees Johnson discovering an evil conspiracy at her prestigious German dance academy.

Spoiler: the joint is run by a coven of witches, including Tilda Swinton, who have a habit of gruesomely murdering all of their dancers (sounds counter-intuitive).

“A darkness swirls at the center of a world-renowned dance company, one that will engulf the artistic director, an ambitious young dancer, and a grieving psychotherapist. Some will succumb to the nightmare,” reads the official synopsis. “Others will finally wake up.”

It also looks like Chloe Grace Moretz and Mia Goth will “succumb to the nightmare” while Dakota Johnson and her schlocky orange wig could be the one to “wake up.”

Suspiria is a remake of the 1977 Italian horror movie of the same name by director Dario Argento (father of Asia).

Beside its lurid violence, the movie is known for its prog rock soundtrack, an element maintained in the remake with a score from Thom Yorke of Radiohead.

Suspiria will premiere in New York and Los Angeles on October 26 and then will have a nationwide theatrical release on November 2.