Is Damian Lewis’s Tiny Mouth Really All That Tiny? 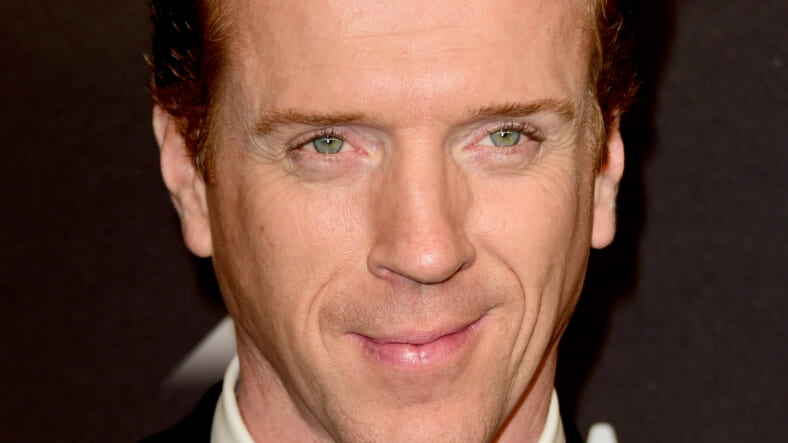 I’ve been enjoying Billions, Showtime’s new financial drama that — despite being a hazy amalgamation of every tough guy money and power cliche in the book — makes for solid television. It stars Paul Giamatti (the least mirthful Italian man of all time) as Chuck Rhodes, a district attorney intent on cracking down on white collar crime; Damian Lewis plays his nemesis Bobby Axelrod, who worked his way up from humble roots to become an immensely successful hedge-fund manager, his rise helped by being the last surviving member of his firm after 9/11 and a healthy dose of insider trading.I’m not quite sure why Lewis was cast as Axelrod. It’s not that he’s a bad actor, or bad in this particular role, but he feels fairly interchangeable. No matter, it’s too late, I have bigger things to worry about. Namely, that I cannot stop thinking about Damian Lewis’s tiny mouth.

I first became aware of the British actor’s tiny baby mouth when he played Nicholas Brody on Homeland. I didn’t even watch the show, but every time I saw a promo for it, I’d think, “damn, that guy’s mouth is really tiny.” (Also: “why is that white lady ugly-crying again?”)

It haunted me. I’d kiss my boyfriend, feeling his seemingly normal-sized mouth on my seemingly normal-sized mouth, and suddenly I’d find myself wondering what it’s like to do kissing if you have a tiny mouth like tiny mouth man. I’d sip seltzer through a straw and think “wow, with my lips pursed like this, I know what it’s like to have a tiny mouth too.” I’d wake up at night soaked in a cold sweat, clutching my face like an Edward Munch painting. “Is that tiny mouth guy’s mouth really tiny?” I’d shriek. “Or is everyone else’s mouth enormous?”

How should a mouth be?

I consulted Google, but most answers were concerned with how big one’s mouth can open (pervs!), not resting mouth size. Undaunted, I used a ruler to measure a few colleagues’ mouths, which seems like it might be an HR violation, now that I think about it. Anyways, they ranged in size from 2.5 to 3 inches, which doesn’t tell me much since I won’t be able to measure Lewis’s mouth for comparison. I also looked at approximately a dozen different photos of Lewis before I started to feel a little weird about this whole thing, so here’s my official conclusion: Proportionately, yes, Lewis’s mouth seems to be slightly smaller than an average mouth. But he also sort of purses his lips slightly when he smizes so that makes it look even tinier than it needs to be. You can all rest easy now that I’ve answered the greatest scientific question of our time.