Daniel Craig Signs Up for ‘Bond 25’, Christopher Nolan In Talks to Direct

This despite the British actor once saying he’d rather “slash his wrists” than play 007 again. 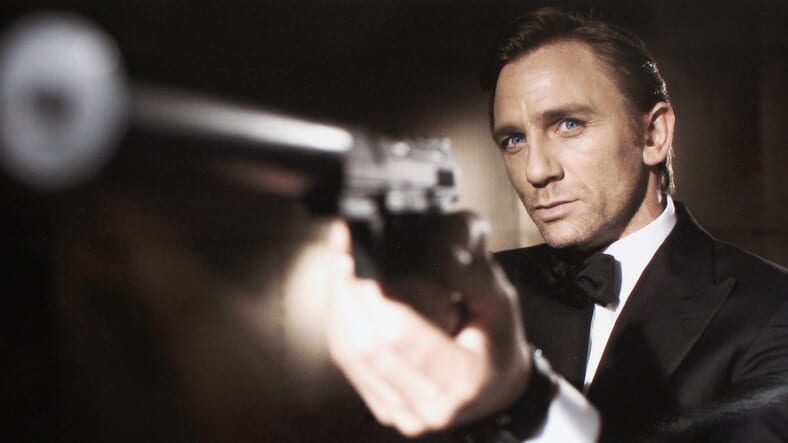 In a textbook example of biting the hand that feeds you, 007 star Daniel Craig once said he’d sooner “slash his wrists” than return for another James Bond film.

Thankfully, he has changed his tune (or just re-read his iron-clad contract). The Mirror reports that the 48-year-old Brit will return for the 25th Bond film, thus fulfilling his five-picture contract.

Craig famously said in 2015 that if he came back to the series after Spectre, it “would be for the money.”

Fans assumed he wouldn’t return for another, and the names of just about every British leading man—from from Tom Hiddleston to Idris Elba—were banded about to be his successor.

Craig is reported to have been offered over $150 million for an additional two films so he may have indeed been swayed by the cash.

Or ya know, the prospect of acting opposite a bevy of hot new Bond girls…

Still, he should have no problem finding creative inspiration on set. Christopher Nolan (Memento, The Dark Knight, Inception) is in talks with producers to replace director Sam Mendes.

British powerhouse Adele, who won a Grammy and Golden Globe Award for her Skyfall theme, is in talks to record a track for the next film.

Bond 25, the project’s tentative title, may begin filming as soon as next year with the goal of a 2018 release date.