“He defined an era and a style.” 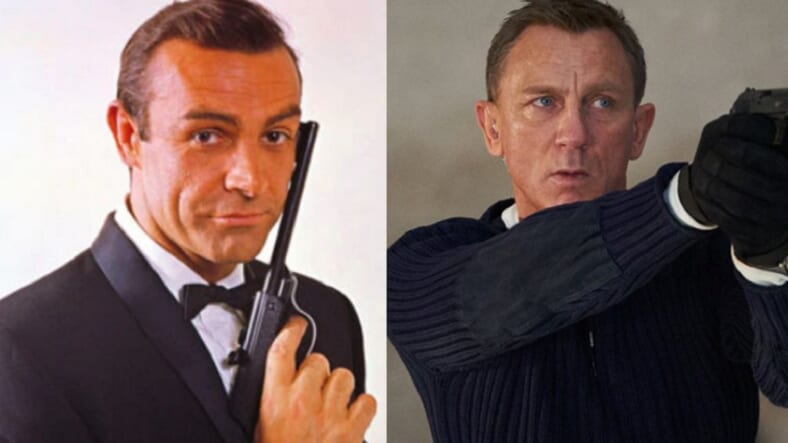 Sean Connery, who created the template for what James Bond should be and became an icon in his own right outside the role, died in his sleep on October 31, 2020. Connery, who his family said had been suffering from a form of dementia, was 90 years old.

“The name’s Bond… James Bond” — he revolutionised the world with his gritty and witty portrayal of the sexy and charismatic secret agent. He is undoubtedly largely responsible for the success of the film series and we shall be forever grateful to him.”

Celebs of all kinds reacted on social media, but after learning of Connery’s death, Daniel Craig, who inherited Bond in 2006, took time out to respectfully acknowledge the man who created the role.

In a statement, Craig said that “it is with such sadness that I heard of the passing of one of the true greats of cinema.”

“Sir Sean Connery will be remembered as Bond and so much more,” the statement continued, “He defined an era and a style. The wit and charm he portrayed on screen could be measured in megawatts; he helped create the modern blockbuster. He will continue to influence actors and film-makers alike for years to come. My thoughts are with his family and loved ones. Wherever he is, I hope there is a golf course.”

How infinitely sad to hear the news Sir Sean Connery has passed away. He and Roger were friends for many decades and Roger always maintained Sean was the best ever James Bond. RIP

Connery’s career shot into the stratosphere thanks to Bond. He went on to win an Oscar for The Untouchables. Other hit movies that helped the Scottish actor establish himself on the A list included Indiana Jones and the Last Crusade, The Rock, and The Hunt For Red October.

Sean Connery’s Bond, however, established the international image of the superspy as a suave player who could combine toughness and ingenuity to get out of any jam. Though the role would later be played as debonair and clever by the likes of Roger Moore and Pierce Brosnan, Craig was perhaps Connery’s closest inheritor in his ability to blend brains and brawn in a way that made Bond believably human yet still smart and dangerous.

Connery faced controversy late in life for his blunt interview style and provocative statements about a number of issues, including telling Barbara Walters that he thought it was “absolutely right” to hit a woman in some situations. But the length of his career and his broad repertoire of iconic roles ultimately seemed to overshadow the actor’s negative press.

Read additional celebrity celebrations of Sean Connery below. Daniel Craig’s final turn as Bond in No Time To Die is now slated to hit the theaters on April 2, 2021.

Sorry to hear of the passing of #SeanConnery, my condolences to his family. Always loved doing my silly impressions of him, RIP 🙏🏻

“Mr Connery you wear me out!“
“You didn’t say that last night when I was pumping moo goo gai pan all over your tonsils!”pic.twitter.com/v1lUYS0MFV

Sean Connery was a legend, one of the greatest actors of all time. He provided endless entertainment for all of us & inspiration for me. I’m not just saying that because he was a bodybuilder who placed in the Mr. Universe contest! He was an icon. My thoughts are with his family.

#RIP Sean Connery who has asked for his last ping. Connery passed away this morning at the age of 90. He will always be Captain Marko Ramius to us. pic.twitter.com/YcV4rBkx3z