Does this mean he’s really, truly done with James Bond? 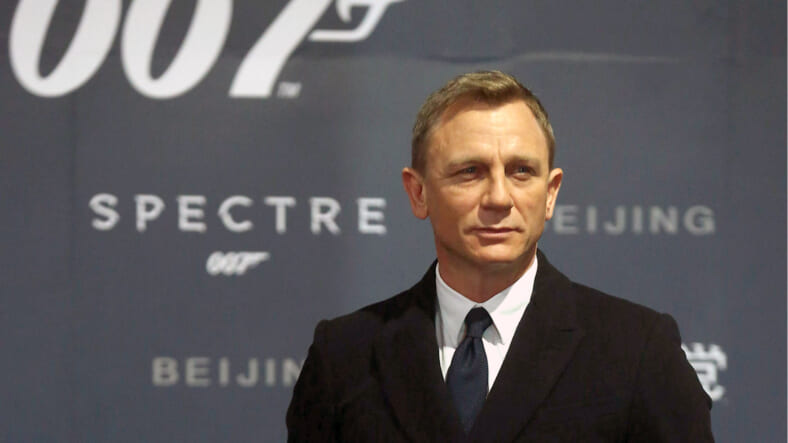 Daniel Craig has reportedly signed a “megabucks deal” with Showtime to star in and executive produce a drama series based on the Jonathan Franzen novel, Purity.

According to Variety, actor and In The Bedroom writer-director Todd Field will adapt the script from Franzen’s novel and direct all 20 episodes, which will air over the course of two years.

“Jonathan Franzen’s Purity is an epic American novel that pulses with the energy of a psychological thriller. I whipped through it in a week,” David Nevins, president and CEO of Showtime Networks Inc., told Variety.

“His gripping and timely story has attracted a powerhouse team — Todd Field, Scott Rudin, Eli Bush, David Hare, along with Franzen himself, and the brilliant Daniel Craig who is perfectly cast as the charismatic, mysterious Andreas Wolf. Put it all together and ‘Purity’ promises to be the kind of taut, long-form, serialized storytelling that is the best of premium television, and is precisely what we at Showtime aspire to deliver.”

The novel Purity tells the mysterious stories of several intersecting characters from different backgrounds and time periods; the central protagonist is a twentysomething woman named Purity Tyler, nicknamed “Pip.” It was not particularly well-reviewed, certainly not compared to Franzen’s earlier novel The Corrections, but that’s not stopping Showtime from throwing piles of money at the all-male writing and producing crew.

Perhaps Craig has known for a while he was due for supersized paycheck (Variety did not offer any specific figures) which has allowed to him to occasionally scoff at the possibility of continuing as James Bond. It seems more than likely now that Craig will officially retire his tuxedo, but we’ve been wrong before.