Big news for fans of the classic punk band. 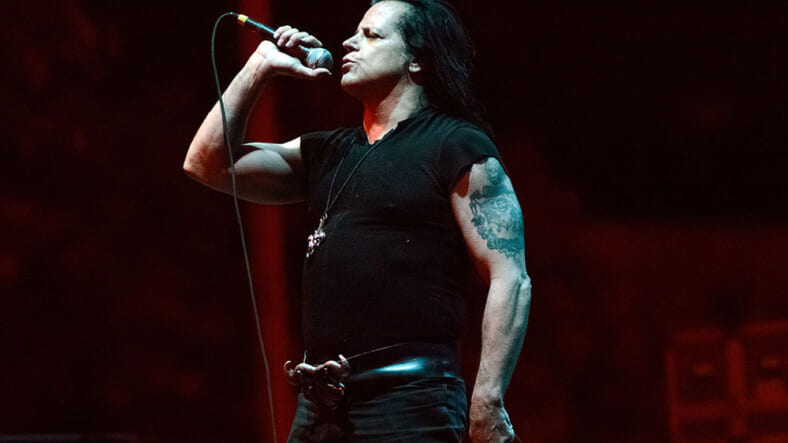 Three decades is a long time to hold a grudge — and apparently even legendary metal muscle man and cranky guy Glenn Danzig can’t do it. Neither can his former bandmates from the iconic horror punk band, the Misfits.

Danzig fronted the Misfits from their founding in 1977 till their final performance together in 1983. Even if you aren’t a fan of the seminal outfit, you’ve probably seen their ubiquitous skull t-shirts. But now Rolling Stone reports their long estrangement is over, and the old band will get back together for Riot Fest in Fall 2016:

The reunion will first occur at Denver’s Riot Fest and Rodeo, set for September 2nd and 4th. Their second appearance will be Riot Fest and Carnival, which will take place in Chicago between September 16th and 18th. The fest’s full lineup will be revealed next week.

“The Original Misfits” will be Danzig, guitarist Doyle, and on bass, Jerry Only, with the drummer TBA.

As Rolling Stone reports, there has been plenty of rancor between Danzig and other Misfits members through the years, including lawsuits. But Danzig clearly had good memories of his time with the band, reminiscing in a 2015 interview about shows they played in New York in the late 70s.

Get ready for those Riot Fests in Chicago and Denver — sounds like some real punk rock history is ready to hit the stage to spin some musical nightmares for fans old and new.