No, ‘Darkwing Duck’ Is Not Returning to Televison 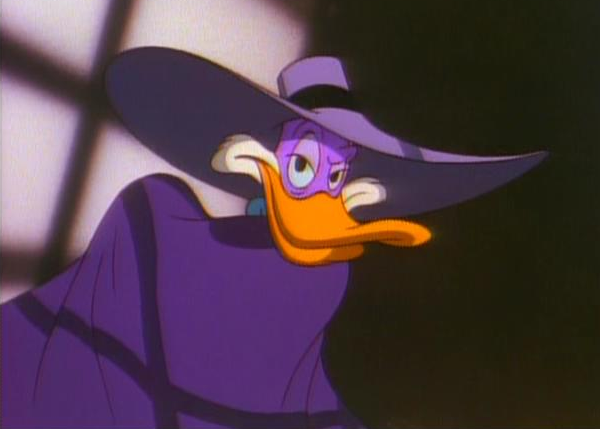 Update: Well, we fell reporting from other sites that fell for an April Fool’s Joke from 2015 because we are not smart people. Apologies for getting your hopes up.Original post: After decades away, beloved ’90s cartoon Darkwing Duck will return to TV in 2018, according to Disney.Darkwing Duck aired its last episode back in 1992, but garnered a cult following from devoted fans. The newly revitalized series will “bring that same energy and bumbling crime-fighting spirit that fans have come to love about Darkwing Duck,” Disney said in a statement. “We’re also going to add a gritty look that this generation of kids love. It’s our goal that fans of old and new will enjoy the new Darkwing Duck,” the network added.

“Add a gritty look” can be a bit worrisome given the over-reliance on darkness and dreariness in modern remakes of the Batman and Superman franchises, but we can see this working out nicely for our beloved Drake Mallard.If 2018 sounds like a long wait for those who grew up on Darkwing Duck, never fear: there’s a comic book adaption in the works for April 2016 from Joe Books. There’s plenty of time to get dangerous before the new series rolls around.