“I guess I wasn’t supposed to say anything.” 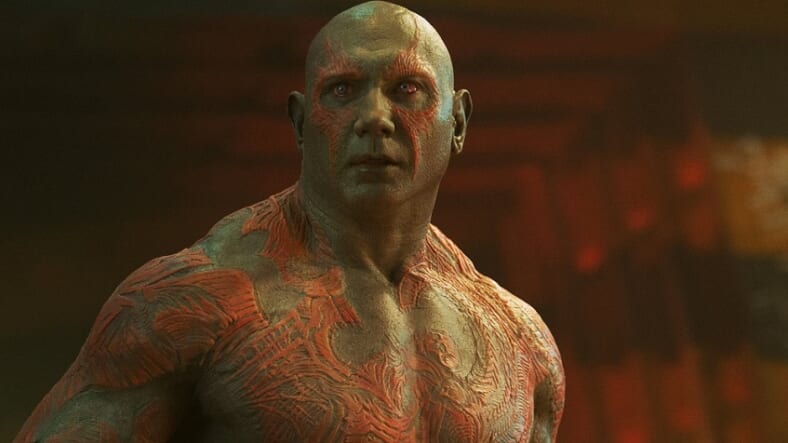 When you’re as big as Dave Bautista, you don’t really worry about the consequences of saying what’s on your mind. That’s at least one way to explain why he recently—to his chagrin—revealed in an interview that of course some heroes are returning to face Thanos again.

Bautista was on Good Morning Britain and his slip-up came through acknowledging that you couldn’t exactly make Guardians of the Galaxy 3 without some of those Guardians surviving Thanos’s murderous finger snap.

Then he realized he might be giving away more than he should. “Oddly enough, I guess I wasn’t supposed to say anything, but I was already saying before Avengers 3 was released that I had already filmed [Avengers 4] and I was signed up for Guardians 3.”

If you followed that, he was just being logical. “So I must come back somehow,” Bautista concluded. “It’s comforting, but at the same time I felt a sense of guilt because I don’t know if I was supposed to say anything. And nobody told me not to say anything.”

Since Bautista has been vocal about his disgust with Disney for the firing of Guardians writer-director James Gunn over some terrible old tweets, he admitted on another talk show that the third movie in that series is not a lock, saying, “To be honest … I don’t know if I want to work for Disney.”

As far as him dropping spoilers, who at Disney has the balls to scold him anyway?

That said, Drax is a funny yet touching character, and it’s impossible to imagine anyone else taking over the role.

Let’s hope Bautista sticks around, no matter what.