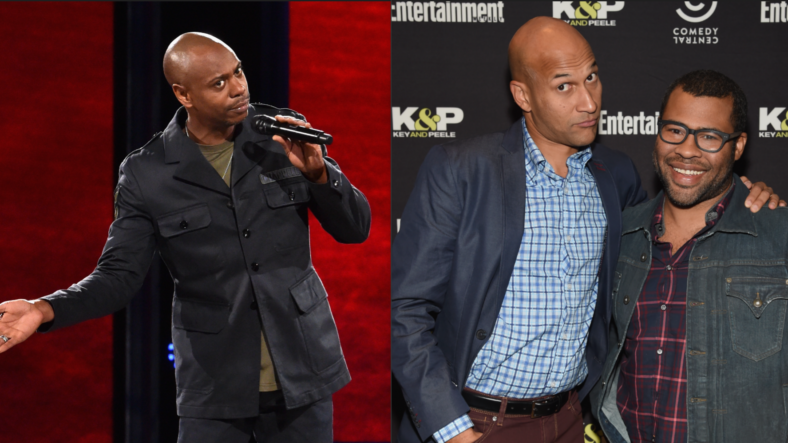 Dave Chappelle doesn’t think he’s getting enough credit for his contributions to the format of the smash-hit Comedy Central sketch show Key & Peele.

In an interview with Gayle King for CBS This Morning, Chappelle was asked about his opinion of Keegan-Michael Key and Jordan Peele’s no-longer-in-production program, and the legendary comedian gave a mixed response. Watch it below.

“I’m a fan of their show,” he noted, before adding, “When I did Chappelle’s Show, there were certain conventions of the show that the network resisted. I fought the network very hard so that those conventions could come to fruition.”

One of those conventions concerns the length of individual sketches. The 10-minute-long “Black White Supremacist” bit, for instance, was one that Chappelle says he fought hard against network executives to keep at a longer run-time.

While he may not be getting the acknowledgement he thinks he deserves for his pioneering work, don’t feel too bad for Dave—the three-special deal he’s signed with Netflix is reportedly earning him $60 million. That’s $10 million more than the infamous figure he walked away from when he left Chappelle’s Show.

Maybe all that dough can soothe his upset soul.